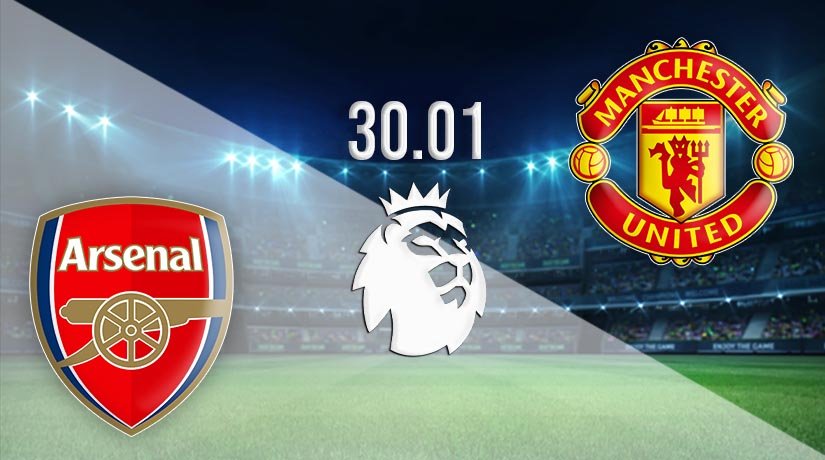 One of the most famous fixtures in the English Premier League returns on Saturday when Arsenal host Manchester United at the Emirates Stadium from 17:30 GMT. This game will be beamed out to a global audience of millions and viewers are anticipating a dramatic contest.

The Gunners and Red Devils are no strangers to facing off in competitive action, of course, but which side enjoy the lion’s share of wins over the years? The stats attached to this fixture show Man Utd are currently on 97 wins with Arsenal holding 84 and 52 ending in a draw. The most recent pairing had Arsenal as 1-0 winners in November. Will they repeat the feat?

Arsenal entered this season hoping to challenge for a top-four finish in the Premier League and return Champions League football to this venue next season. Things haven’t gone to play so far, and the locals started the week down in 11th place. Despite their lowly position and terrible start to the season, the Gunners are improving.

Arsenal have taken 13 of the last 15 points available to them thanks to four wins and a draw from five. They have 27 points on the board which is six behind Tottenham and the top-five, trailing Liverpool in fourth by seven points. Their form gives fans a glimmer of hope and there’s plenty of football to be played this season.

Man Utd fans have endured another rollercoaster season with the Red Devils failing to impress in the opening weeks. The board stuck by manager Ole Gunnar Solskjaer, however, and are getting their reward. United started the week top of the Premier League with 40 points on the board. They won 12 and drew four of their first 19 games.

The visitors are on a great run of form but were held to a draw recently when playing out a 0-0 at Anfield against Liverpool earlier this month. Since that level finish, we’ve watched Man Utd beat Fulham 2-1 in London on Premier League duty before celebrating an emphatic 3-2 win over Liverpool in the fourth round of the FA Cup last Sunday. There’s a real feel-good factor in the away dressing room and they’ll be eager to build on that.

The fact these sides entered the week showing similar recent form suggests we should prepare for an exciting 90 minutes of action. Both teams kick-off believing they are good enough to grab the win and knowing just how important the three points is to their ambitions this season.

Arsenal have the home advantage and have been showing great form in recent games. Man Utd are in the thick of a title race and the players will be eager to show they have what it takes to challenge for the title this season.

Make sure to bet on Arsenal vs Man Utd with 22Bet!