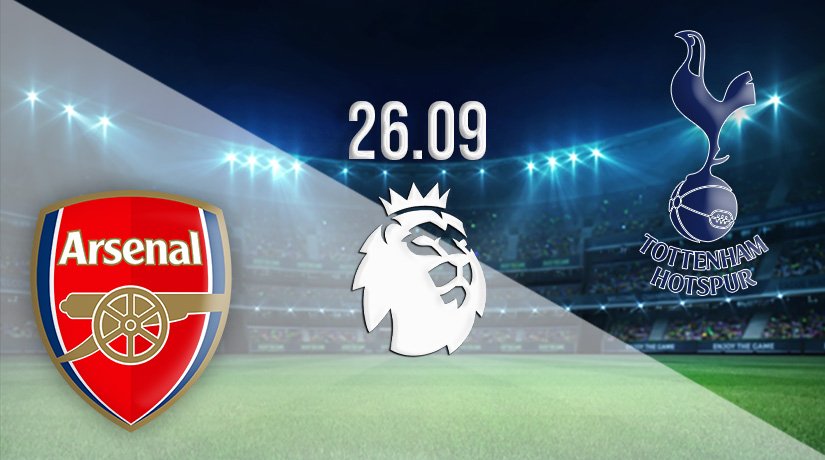 The latest of our English Premier League previews takes us to the Emirates Stadium for what promises to be a thrilling North London Derby match between Arsenal and Tottenham. This is one of English football’s most famous fixtures and will be played out before a capacity crowd at the home of Arsenal Football Club while millions of more lovers of English football watch the action live on television. Which teams will come out on top here and grab a vital three points? Will it be the struggling Gunners or a Spurs side that started well but has fallen off the pace in recent weeks?

The pressure is on both clubs to get the win and put their season back on track. The Arsenal coaching staff are coming under increased pressure from the support and board following a dismal start to the campaign. The fixture list has been difficult, but the Gunners have failed almost every test that has been put to them so far. Fans will make their voices heard if they feel the players aren’t giving 100% against their most bitter rivals. Tottenham would dearly love to go to the Emirates, stick the boot in and come away with all three points whilst getting their own title push going again.

These old rivals have produced some memorable matches over the years and have both enjoyed periods of dominance. They met twice last season with the team that was playing at home, winning the points on each occasion. That started with a 2-0 victory for Spurs before Arsenal claimed a 2-1 at this venue in March. Interestingly, both teams have found the net at least once in four of the last five North London derbies. Will this match fall into line and provide followers with a few goals?

Is Arsenal about to turn things around?

As they stumbled out of the starting blocks, things couldn’t have gone any worse for Arsenal in the opening few weeks of the season. The Gunners lost each of their first three games, dropping to the bottom of the table. Fans knew things had to change, or it could see Arteta lose his job. The club had been handed a difficult opening few weeks by an unsympathetic schedule where they played the Champions League winners then the Premier League champions back to back. That came after losing to newly-promoted Brentford on what was a historic night for the Bees.

Arsenal didn’t just lose to Brentford, Chelsa and Man City in August; they were destroyed by them. The aggregate score after those three matches read no goals scored and 13 conceded. The Gunners did pick up a stunning 6-0 win over West Brom on the road in the EFL Cup, which helped lift some of the pressure from the player’s shoulders. September has been kinder to Arsenal fans, and the club appears to have sorted out their defence. They beat Norwich City 1-0 at this venue, then nicked all three points away to Burnley last weekend with the same score.

That was two matches Arsenal were expected to win and two they claimed maximum points from. If the team could complete the treble by beating Tottenham and winning the North London Derby, it would complete a stunning turnaround and help Arsenal climb the table towards the European places. They will have to be at their best with the defence showing the same discipline they have in the last two games to achieve that.

Spurs hoping to get back on track

Spurs enjoyed a stunning start to the season when beating champions Manchester City in London on matchday one. Following a summer spent trying to beat off the attentions of Pep Guardiola for star striker Harry Kane, the England scorer was left on the bench for that match, but his employers didn’t need them, grabbing the three points and pulling off an upset. Son Heung-Min scored the winning goal, and it was a deserved victory. They followed that with another 1-0 in their first road trip, seeing off Wolves to collect six points from the first six available.

Tottenham was good enough to complete the hattrick and secure pole position in the Premier League when beating fellow London club Watford at home, and it was again Son who got the winner. That wrapped up a perfect three wins from three games and meant the club went into September with spirits high in the camp. Fans were allowing themselves to become excited and dream of success again under the new regime, but that optimism was to prove short-lived.

The month of September wasn’t as kind to the club as August was. Spurs were stunned when losing 3-0 across the city against Crystal Palace despite heading into that match as red hot favourites. They were out-played that day, with Zaha scoring the opening goal from the penalty spot on 76 minutes before new signing Edouard climbed off the bench to net a double on his debut. The former Celtic man scored on 84 and 93 minutes. Spurs were last seen in action, losing 3-0 at home to Chelsea in another painful London derby. That game was goalless at the break, but the Blues reacted better in the second half, Thiago Silva firing them into an early lead.

The stats for this game make for interesting reading as the form of these sides is the complete opposite. Arsenal lost their first three games then won their last two, starting with a poor defence then improving. Tottenham started with three wins and a strong defence but fell apart and have lost their two most recent games, conceding six goals in the process. This could prove to be a crossroads match for both clubs.

Which team will get the win and delight their fans? If it’s Arsenal, they will complete the fight back and get themselves even with three wins. A derby win over Spurs always goes down well in this region, but it would feel even more special for the support that has stood by the players during difficult times.

22bet has betting odds available on this North London Derby with Arsenal available at 2.384 while Tottenham can be backed at 3.09. The draw is trading at 3.22.

Make sure to bet on Arsenal v Tottenham with 22Bet!