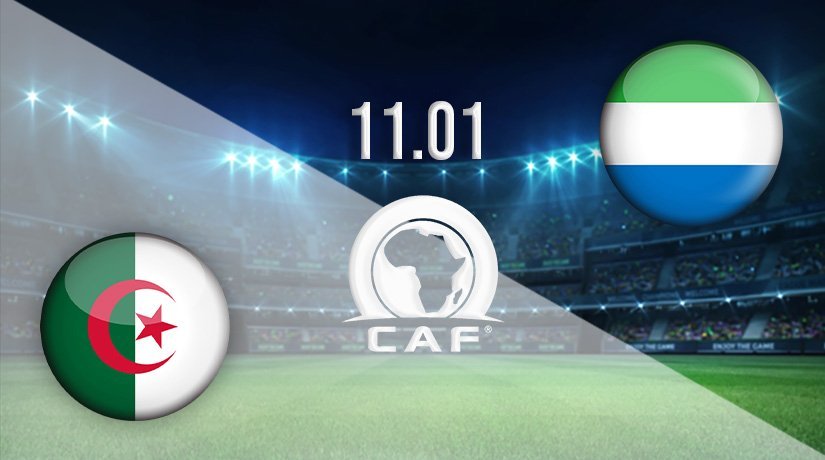 Can Algeria Start the Defence of their Tittle Strongly?

Since Egypt successfully defended their AFCON title twice in 2008 and 2010, no team has emulated this feat.

Can Sierra Leone Cause an Early Upset by Frustrating Algeria?

Sierra Leone will be heavy underdogs against the current champions and tournament favourites.

However, there is no such thing as an easy match in the AFCON competition, and Sierra Leone will take this to heart as they seek to cause a major opponent by frustrating Algeria.

Algeria are unbeaten in their last 6 rounds of fixtures comprising 5 World Cup qualifiers and one friendly match.

In the friendly match against Ghana, Algeria ran out 3-0 winners over the former AFCON winners. They also drew 2-2 at home and 1-1 away to Burkina Faso.

In the 4 wins, Algeria scored 17 goals and conceded 1. This run of form shows that Algeria’s attack has clicked into gear just at the right time before their opener against Sierra Leone in Cameroon.

Sierra Leone have prepared for the AFCON tournament with a stop-start run of form, especially in the World Cup qualifiers. In their previous six runs of fixtures, they have won 1, drawn 4, and lost 1.

Two of the 4 draws ended in 0-0 stalemates, whereas the other ended 1-1. The draw with favourites Nigeria ended 4-4.

This run shows that Sierra Leone are a resilient team and hard to break down. However, against good opposition, such as Nigeria, they conceded 4 goals, which is a major worry, especially coming up against the lethal Algerian attack.

Algeria have the star power and goal-scoring threat of Riyad Mahrez, who plies his trade for English Champions Manchester City.

Mahrez will be joined in attack by the likes of Ishak Belfodil, Adam Ounas, Islam Slimani, Belaili, and Boundjah.

The Man City forward has the pedigree, experience, and quality to make a difference for Algeria in the match against Sierra Leone and throughout the tournament.

Kamara will be expected to use his pedigree and quality to lead the Sierra Leone attack against Algeria.

The defending champions will be confident of dominating the match, creating enough chances, and scoring goals to win the match. Algeria will take all three points.

Make sure to bet on Algeria vs Sierra Leone with 22Bet!