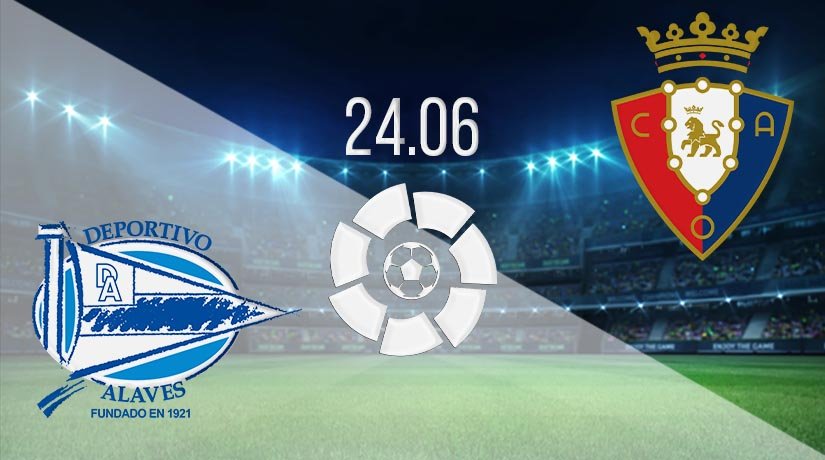 Two sides that are locked in the middle of La Liga will meet on Wednesday evening, with the winning sides likely to be able to call themselves safe from the threat of relegation this season.

Alaves and Osasuna are both nine points clear of the relegation places with eight games on the season remaining, which means that they are almost effectively safe for another season. However, both sides will be keen to end the campaign with a  run of positive results, with a possible finish in the top half of the table within their reach.

Alaves have been in decent form since returning to action in La Liga, as they have won once in their three games. That victory came against Champions League-chasing Real Sociedad in their last league game at home. Borja Sainz and Martin Aguirregabiria scored the goals in that win. However, they were brought back down to earth with a mauling in their last league game, as they were beaten 6-0 by Celta Vigo. It was a horrendous afternoon for the visitors, and they were event reduced to ten men when Aguirregabiria was sent off after 27 minutes.

Osasuna haven’t found their groove since returning to action in La Liga, as they are yet to win a game since the restart. They have lost twice and drawn once. However, it would be worth mentioning that they have faced some high-quality opponents in these first three games back. They held Real Sociedad in the first game back, but have recently suffered back-to-back defeats against Atletico Madrid and Valencia. Over the course of these last two games, they have conceded seven goals and are yet to hit the back of the net themselves.

Alaves vs Osasuna Head To Head

Alaves holds the narrow advantage in the record between the two sides, as they have won five times compared to the four victories recorded by Osasuna. There is yet to be a draw between these two sides. Osasuna won the fixture earlier in the season 4-2.

However, three of the four previous La Liga meetings have been won by the away team.

These two sides are evenly matched, and there is very little between them. Neither side will want to lose the game, but the preference would be for the away team in the clash to claim the double over Alaves this season.

Make sure to bet on Alaves vs Osasuna with 22Bet!