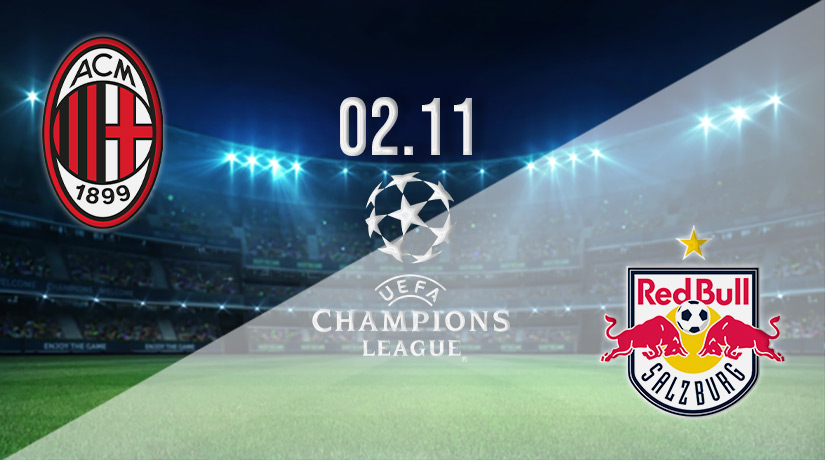 AC Milan and RB Salzburg face off on Wednesday at 21:00 GMT for the final slot into the knockout stages of the Champions League, with just a point separating them in Group E heading into the final match of the group.

A draw will be enough to see Milan through, while Salzburg have to win at the San Siro to make sure of qualification.

Can AC Milan Get the Point they Need to Qualify from Group E?

Stefano Pioli and his charges will know that a draw will be enough to see them through to the knockout stages. However, they will also be keenly aware of the danger posed by RB Salzburg after drawing with them in the opening fixture of the group.

Milan will, therefore, have to go for the win to ensure they qualify from the group. Pioli will be looking for a disciplined and dynamic display on Wednesday against a tricky-looking Salzburg side with the considerable quality to hurt anyone on their day.

Milan will be hoping home advantage will be pivotal in swinging the game, with the San Siro likely rocking for this clash.

Can Salzburg Win Away from Home to Ensure Qualification?

Matthias Jaissle and his men will have an uphill task when they step out to the San Siro turf on Wednesday to take on the host. However, they will back themselves to get the job done and get the win they need to secure qualification.

Jaissle will know that his side need a perfect performance to overcome the Italian champions. The focus will therefore be on discipline and work rate.

Discipline will ensure they are aggressive, positionally aware, and compact in their defence. This will be important in keeping Milan out.

Work rate will help ensure they are dynamic and fluid when in possession and aggressive when out of possession.

Milan have had a stop-start run in Group E. In their five outings so far, they have won two times, lost twice, and drawn once. They have scored eight times and conceded seven goals in the process. They have amassed 7 points from the available 15 and sit second in the group, three points behind Chelsea.

Salzburg opened their Group E campaign with two consecutive draws at home t AC Milan and away to Chelsea. They followed this up with a win and draw in a double-header against Dinamo Zagreb. On matchday 5, Salzburg lost at home to Chelsea, setting up the playoff against Milan for the final berth in Group E.

Salzburg have scored 5 times while conceding 5 goals. This underscores their challenge in the group. While they have underscored the group’s top two teams, their defensive record has not been solid enough to get the points they needed to qualify.

The upshot is that they need to beat AC Milan at the San Siro to qualify for the knockout rounds of the Champions League.

The experienced Frenchman has been pivotal for AC Milan this term. He will be important for the San Siro side when they face Salzburg on Wednesday.

Giroud’s experience and character will come to the fore as Pioli’s side seek to complete their qualification.

The pacey forward showed his importance to the Salzburg team with his well-take goal against Chelsea.

Matthias Jaissle will set his team up to leverage their pace and dynamism up front, and Adamu will be a crucial part of this approach.

Milan will seek to start fast with a dominant display characterised by the domination of the ball and control of the tempo of the clash.

RB Leipzig will bide their time and pick the right moments to attack. In between, they will defend doggedly and close down Milan’s attackers.

Milan will have too much for Salzburg, and they will win the three points on offer.

Make sure to bet on AC Milan vs Red Bull Salzburg with 22Bet!