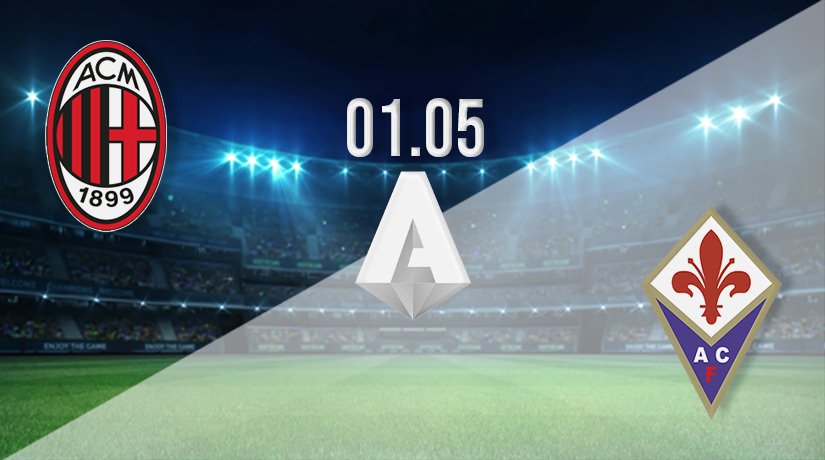 AC Milan are potentially four games from a first league title in ten years. They will be looking to win a third straight game in the Italian top-flight this weekend when they host Fiorentina at the San Siro.

AC Milan have enjoyed an excellent season to this point, but they could yet end the campaign without a piece of silverware. They currently sit just two points clear of Inter Milan, and that advantage is now the same after both teams have played the same number of games. Inter’s recent defeat in their game in hand means that the advantage is firmly with AC Milan.

The hosts this weekend will be aware that victories in their remaining four fixtures this season will seal the league title for the first time in ten years, and their recent form has been solid. Over their previous five games, they have picked up three victories, and have drawn twice. Milan have picked up back-to-back wins in their previous two. The most recent of those victories was a dramatic 2-1 win on the road against Lazio. Sandro Tonali scored the winning goal in the 92nd minute.

Fiorentina are unlikely to make life easy for Milan this weekend, as they are still chasing a finish in the European positions. They currently sit in seventh place in the league standings, and are just two points behind Roma, who occupy the Europa League spot at present.

However, Fiorentina’s recent form is much weaker than their rivals this weekend, as they have been beaten in their previous two fixtures. The most recent of their defeats came in mid-week against Udinese. It was a damaging result for Fiorentina, as they lost by a clear four goals.

Fiorentina picked up a rare victory in this fixture earlier in the season, as they dramatically picked up a 4-3 win. That success ended a sequence of two straight victories for Milan in this fixture. Milan won the last meeting between the sides at the San Siro 2-0 in November 2020.

Fiorentina’s recent heavy defeat shows that things are going badly for them at present. Therefore, we expect AC Milan to pick up the victory and edge closer towards the league title on what could be a pivotal weekend in the battle for top spot.

Make sure to bet on AC Milan vs Fiorentina with 22Bet!