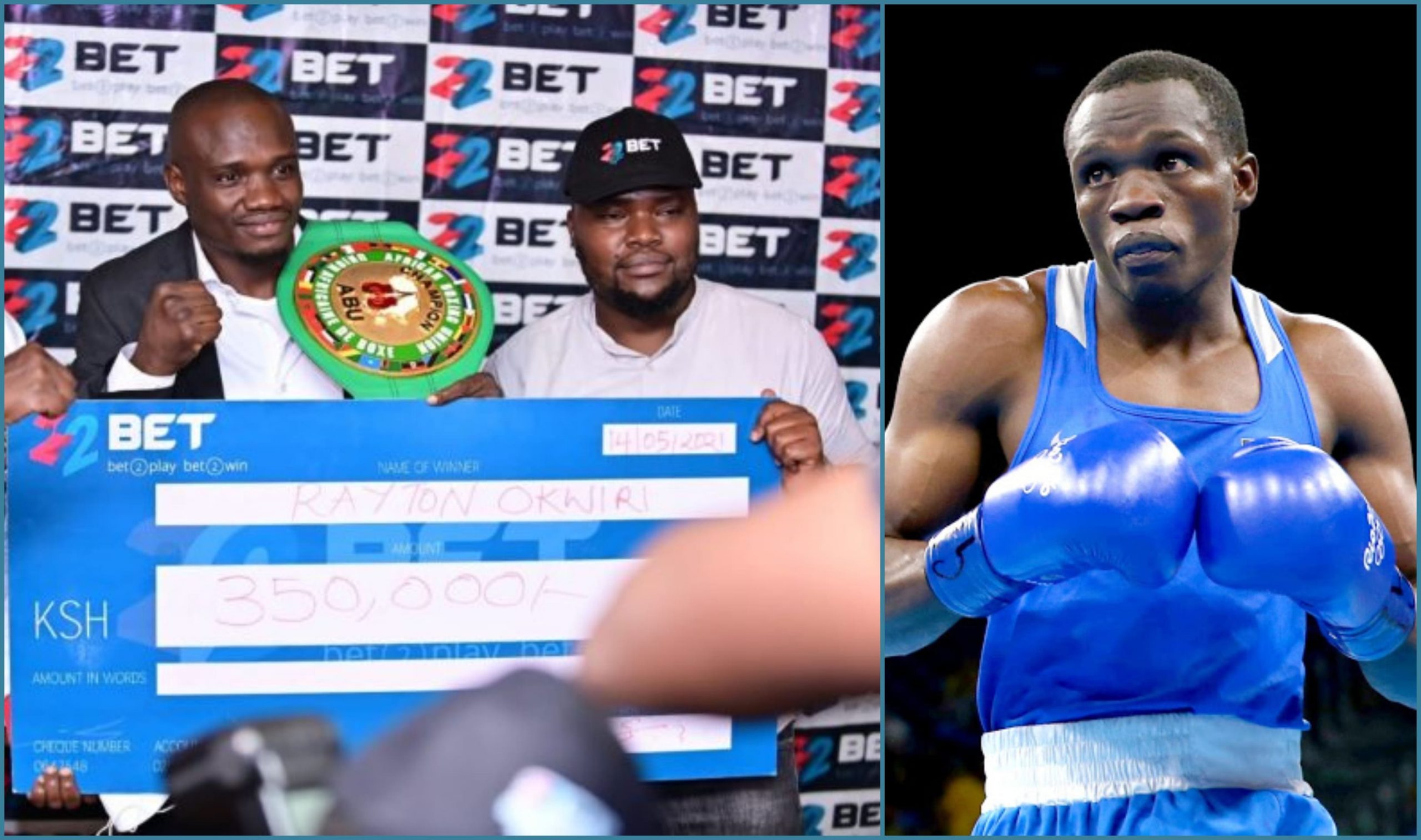 Nairobi – May 17, 2021 – Continuing to support sporting excellence, 22Bet awarded African Boxing Union Middleweight champion Rayton Okwiri a KSh 350,000 sponsorship. The Kenyan boxer will use this money to fund travel and training in Florida ahead of his WBO International title fight, which will take place in Nairobi, Kenya in August.

The much-needed monetary influx from 22Bet Kenya will help Rayton Okwiri afford a training stint in the United States of America.

The boxer’s flight to the US is scheduled to take place on May 24. In total, Rayton will spend two months training with world-class sparring partners.

Okwiri said the following about the necessity of the trip:

“The challenge I have faced [in Kenya] is finding a good Sparring partner. A good sparring partner should challenge, and even beat you, in training, which I just haven’t encountered in Kenya.”

But training in the US is by no means cheap.

Before 22Bet came to his rescue, the boxer was planning to shelf the idea of going to the United States to prepare for the fight because it was simply too expensive.

The KSh 350,000 cash injection from 22Bet came just at the right time and will help Rayton cover the cost of his planned travel and training, keeping his dream of a world title alive.

The boxer said this in an interview:

“[The helps me] keep alive my dreams of clinching world [boxing] titles. With this sponsorship, I am hopeful of putting up a good show in my future matches.”

Road to the WBO Title Fight

The title fight will be held in Nairobi, Kenya in August of 2021.

But before then, he will have a non-title bout that will be attended by the one and only boxing legend Mike Tyson.

Presence of the star boxer aside, this fight is by no means non-consequential for Rayton Okwiri.

As our very own Sam Malonza put it: “[Only a] victory [in Florida] for Okwiri will put him in line for the WBO world title.”

A loss or draw in Florida may mean that Okwiri will lose his eligibility for the championship belt.

Whereas a victory will mean that a new WBO world champion will be crowned in the August of 2021 in Nairobi.

Today, Rayton Okwiri, also known as Boom Boom for his explosive boxing style, is a living legend amongst Kenyan boxers. But the road to success wasn’t easy for him. It took the boxer 14 years to get to where he is now.

He began his amateur boxing career in 2007 when he qualified to become a part of the Kenyan national boxing team at the African Games.

In 2009, he won the Kenyan national boxing championship and participated in the AIBA World Boxing Championships.

In 2013, he reached the 1/8 finals of the World Boxing Championships.

Rayton Okwiri began his professional boxing career in 2017, one year after he represented Kenya at the Rio 2016 Olympic Games.

His first pro fight took place at the Crowne Plaza Hotel, Nairobi, Kenya. How did it go? Spectacularly. It took Rayton just three rounds to send Tanzanian boxer Salehe Mkalekwa into a knockout.

Boom Boom drew against American Moshea Aleem in his next fight.

He then won his next four fights, three by TKO and one by unanimous decision. His last fight took place on June 8, 2019 and won him the ABU middleweight title.

We wish Rayton the best of luck in his upcoming WBO title fight. The entire 22Bet editorial staff will be watching the bout on TV, and we hope that all of our players will also tune in to support the Kenyan boxer in August.