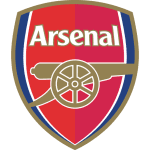 Unai Emery Etxegoien  is a Spanish football manager and former player. He is the head coach of Premier League club Arsenal.

After a modest playing career, spent mostly in Spain’s Segunda División, Emery transitioned into coaching after retiring in 2004. He began at Lorca Deportiva CF, where he achieved promotion to the Segunda División in his first season, and was awarded the Miguel Muñoz Trophy. He then joined Almería, who he led to promotion to La Liga for the first time in the club’s history. This earned him a move to La Liga heavyweights Valencia, where he regularly led the team to top three finishes. After leaving Valencia, he coached Spartak Moscow for six months, before moving to Sevilla in 2013.

After the expiry of his contract with PSG, Emery was appointed head coach of English club Arsenal in May 2018, following the resignation of long-serving Arsenal manager Arsène Wenger.