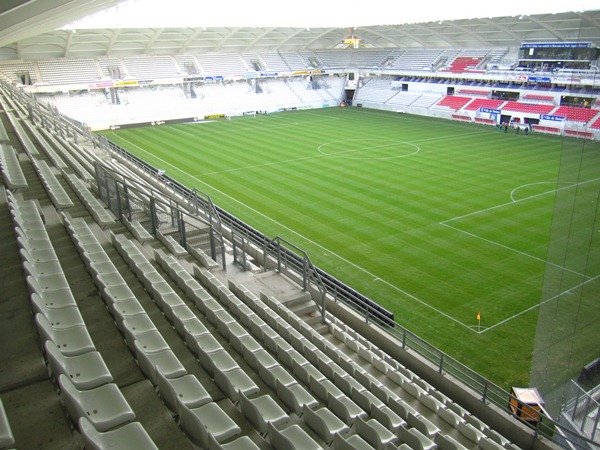 The venue was officially opened on June 2, 1935, but the premises had been used by the Stade de Reims football club since 1934. The initial capacity of the stadium was 18,000.

During the 1938 FIFA World Cup, the venue hosted a first-round match between Hungary and the Dutch East Indies. The match was viewed by 9,000 spectators.

After World War II, the stadium’s name was changed to Stade Auguste-Delaune to honor a secretary general of the Sports and Gymnastics Federation of Labor who had died after being tortured by the Gestapo in 1943.

In the 1950s,  Stade de Reims dominated French football, which prompted an expansion of the stadium in 1955.

Stade Auguste-Delaune set its current attendance record on June 2, 1987. On that date, 27,774 spectators showed up to watch a Coupe de France match between Reims and Marseille.