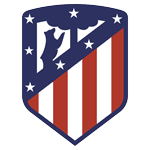 Saúl comes from a football family: his father, José Antonio, played several years with Elche CF – including the 1984–85 season in the top division – as a striker. Saúl’s brothers Aarón and Jonathan are also footballers.

Born in Elche, Alicante, Valencian Community, Saúl moved to Real Madrid at the age of 11, before switching to cross-city rivals Atlético in 2008. He made his senior debut in 2010–11, appearing with the reserves in the third division, and his first goal came in a 3–1 away win against Extremadura UD on 10 April 2011, his only of the season in an eventual midtable finish.

In the summer of 2011, Saúl joined the Atlético main squad for pre-season training. On 10 July, he netted twice in a 19–1 friendly win over CD Arcángel.

On 8 March 2012, at the age of just 17 years and 108 days, Saúl made his official debut with the Colchoneros first team, playing the last six minutes in a UEFA Europa League game against Beşiktaş JK (3–1 home win, 6–1 on aggregate). His second appearance came on 20 September, again as a substitute and in the Europa League, this time against Hapoel Tel-Aviv FC; three days later he scored both goals for Atlético B, in a 2–1 away derby win over Real Madrid C.

Saúl made his La Liga debut on 21 April 2013, playing two minutes in a 1–0 success at Sevilla FC after replacing fellow youth graduate Koke. Again from the bench, he appeared in his second league match with the main squad on 4 May, against Deportivo de La Coruña (0–0).

On 21 July 2013, Saúl signed with Rayo Vallecano in a season-long loan deal. After returning, he featured in both legs of the 2014 Supercopa de España in which Atlético defeated Real Madrid, starting in the first match.

In a Madrid derby on 7 February 2015, Saúl replaced the injured Koke after ten minutes, and scored his team’s second goal shortly after through a bicycle kick, in an eventual 4–0 win. From the 2015–16 campaign onwards, after the departure of Mario Suárez and the injury of Tiago Mendes, he became a nuclear midfield element for the Diego Simeone-led team.

On 27 April 2016, Saúl played 85 minutes in the first leg of the semi-finals of the UEFA Champions League against FC Bayern Munich, and also scored the only goal at the Vicente Calderón Stadium after an individual effort. The following 18 April, in the same competition but in the last-eight stage, he netted through a rare header to help to a 1–1 draw at Leicester City (2–1 aggregate triumph); also in that month, in an interview given to Diario AS, he admitted to having played for “two seasons” under extremely painful circumstances.

Saúl earned 47 caps for Spain, all youth levels comprised. He experienced individual and collective success in the under-19 team, winning the UEFA European Championship in 2012 and featuring in the Team of the Tournament.

On 26 May 2015, Saúl was called to the full side for a friendly with Costa Rica and a UEFA Euro 2016 qualifying match against Belarus, but did not make his debut on either occasion. He, Sergio Rico and Lucas Vázquez were the three uncapped players in a provisional squad for the final tournament in France, but he was eventually cut from the final squad alongside Isco.

Saúl made his full debut on 1 September 2016, playing 15 minutes in a 2–0 friendly win in Belgium. He was crowned top scorer at the 2017 UEFA European Under-21 Championship, notably scoring a hat-trick to help see off Italy 3–1 in the semi-finals.

Back with the full side, Saúl was selected in the squad by manager Julen Lopetegui for the 2018 FIFA World Cup in Russia. Following Fernando Hierro replacing the latter shortly before the tournament, he was an unused member in an eventual round-of-16 exit.

Under new coach Luis Enrique, Saúl scored his first goal for his country on 8 September 2018, equalising in an eventual 2–1 win against England for the UEFA Nations League at Wembley Stadium. He also scored against Croatia in the following fixture three days later, a 6–0 victory in his hometown of Elche for the same competition.