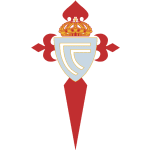 Born in Cali, Murillo signed with Udinese Calcio in Italy shortly after his 18th birthday, being immediately loaned to Granada CF as part of the partnership agreement between both clubs. He spent his first year in Spain with the reserves, in the regional leagues.

In early February 2012, Murillo was definitely bought by the Andalusians, but spent the following seasons on loan to clubs also in the country, Cádiz CF and UD Las Palmas. He scored four official goals in his first year as a professional, including a brace on 9 March 2013 in a 3–2 away win against UD Almería for the Segunda División championship; with both teams, he appeared in the promotion playoffs, where both teams were unsuccessful.

Murillo returned to Granada in the middle of 2013, making his La Liga debut on 18 August 2013 in a 2–1 win at CA Osasuna (90 minutes played). He netted his first goal in the competition on 10 January of the following year, the first in a 4–0 home success over Real Valladolid.

In February 2015, Murillo joined Inter Milan on a five-year contract, with the transfer being made effective in July and costing a reported €8 million plus €2 million in bonuses, and earning the player €1 million per year. He made his Serie A debut on 23 August, playing the entire 1–0 home win against Atalanta BC.

On 18 August 2017, Murillo returned to Spain by joining Valencia CF on a two-year loan with an obligation to buy. He contributed with 17 matches in his first season, which ended in qualification to the group stage of the UEFA Champions League after a fourth-place finish.

On 20 December 2018, Murillo joined FC Barcelona on a loan deal until the end of the campaign with a purchase option worth €25 million. His first competitive appearance took place three weeks later, in a 1–2 away loss to Levante UD for the Copa del Rey’s round of 16 where he played 90 minutes and was booked. He also started in the second leg, a 3–0 win at the Camp Nou.

Murillo made his debut for Colombia on 10 October 2014, playing 30 minutes in a 3–0 friendly win over El Salvador. He was included in the squad for the 2015 Copa América, scoring the only goal in the second group stage game against Brazil. During the quarter-final match against eventual finalists Argentina, he put on a strong performance in the 0–0 draw, but was one of three Colombian players to miss his penalty shootout attempt; he was subsequently named “Best Young Player” of the tournament.