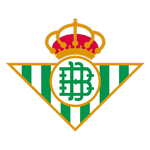 Bravo was born in Viluco, Maipo Province. His father recognized his son’s emerging talent and took him to Colo-Colo’s youth academy, and he eventually made his professional debut in 2002. There, he was given the nickname Cóndor Chico, after former club goalkeeper Roberto Rojas. After an injury to Eduardo Lobos, manager Jaime Pizarro gave Bravo his first chance, which would be however short-lived, as he too was injured, which prompted the subsequent signing of Jonny Walker. He recovered in mid-2003, and with Lobos still in the sidelines he took over the starting role which he would never lose again, with his competitor eventually being sold. In 2006, Bravo won his first title, making an acrobatic save in the Apertura’s penalty shootout final win against arch-rival C.F. Universidad de Chile.

Bravo was born in Viluco, Maipo Province. His father recognized his son’s emerging talent and took him to Colo-Colo’s youth academy, and he eventually made his professional debut in 2002. There, he was given the nickname Cóndor Chico, after former club goalkeeper Roberto Rojas.
After an injury to Eduardo Lobos, manager Jaime Pizarro gave Bravo his first chance, which would be however short-lived, as he too was injured, which prompted the subsequent signing of Jonny Walker. He recovered in mid-2003, and with Lobos still in the sidelines he took over the starting role which he would never lose again, with his competitor eventually being sold.
In 2006, Bravo won his first title, making an acrobatic save in the Apertura’s penalty shootout final win against arch-rival C.F. Universidad de Chile.

For the 2006–07 season, Bravo signed a five-year contract with Real Sociedad in Spain, in a reported €1.2 million deal – he and Asier Riesgo formed the youngest pair of goalkeepers that year in La Liga. He started on the bench, but eventually gained the battle for first-choice (29 games to nine) as the Basque side was relegated (despite this, he finished in fifth place for the Ricardo Zamora Trophy with a goal-against average of 1.00); his league debut came on 22 October 2006, in a 0–0 away draw against RCD Mallorca.
The following season, Riesgo reclaimed his starting position. For 2008–09, however, after a loan to the former to Recreativo de Huelva, Bravo was again the starter, but Real remained in Segunda División. He was the joint-recipient of the campaign’s Zamora, alongside David Cobeño of Rayo Vallecano.
On 24 January 2010, Bravo was sent off for the first time in a loss to Elche CF at Anoeta Stadium, fouling Óscar Trejo in the ninth minute, from which Jorge Molina scored a penalty for the only goal of the game. Three weeks later, he scored the first goal of his career, from a direct free kick against Gimnàstic de Tarragona, the game’s only in a home triumph; however, shortly after, he suffered a severe knee injury during Real Sociedad’s 0–2 loss at Córdoba CF, which rendered him unavailable for the remainder of the season. He still featured in 25 matches to help his team finish champions and return to the top division, after three years.

Bravo warming up for Barcelona in 2014
Bravo joined FC Barcelona on 25 June 2014, with the four-year deal being made effective on 1 July for a reported €12 million (£9.7 million) fee, the fourth most expensive player ever sold by Real Sociedad after Darko Kovačević, Xabi Alonso and Asier Illarramendi, becoming the second Chilean to ever play for the club after Alexis Sánchez and succeeding Víctor Valdés as the first-choice. After joining, he set a Spanish League record for the club of not conceding from the start of season for 754 minutes, previously held by Pedro María Artola with 560 minutes; the streak was broken when he conceded his first goal of the season from the penalty spot to Cristiano Ronaldo in a 1–3 defeat to Real Madrid at the Santiago Bernabéu.
After playing 37 straight league games, Bravo was rested for the last game of the campaign against Deportivo de La Coruña, with Jordi Masip starting instead. The former was named as the goalkeeper in the La Liga Team of the Season as one of six Barcelona players, including three of his defenders. He won the Zamora for the best goals against average in the competition, conceding 19 times for an average of 0.51, 0.04 off the all-time record by Francisco Liaño of Deportivo in 1994.
After Marc-André ter Stegen was preferred for Barcelona’s wins in the year’s Copa del Rey, UEFA Champions League and UEFA Super Cup, Bravo made his cup debut for the team as they won the 2015 FIFA Club World Cup, keeping clean sheets in their 3–0 wins over Guangzhou Evergrande Taobao F.C. and Club Atlético River Plate in Japan. Interviewed by Esport3 on the subject of the rotation, he said “If I were to say that I’m taking it well, I would be lying, but I accept it”.

On 25 August 2016, Bravo signed a four-year deal for English club Manchester City for a reported fee of £17 million. He made his debut on 10 September in a 2–1 triumph over local rivals Manchester United, being at fault for the opposition’s goal and receiving widespread criticism for his performance, although manager Pep Guardiola said that he had “one of the best performances I’ve ever seen”.
On his return to the Camp Nou on 19 October 2016, in a Champions League group stage match, Bravo was sent off after handling the ball outside of his area, in an eventual 0–4 loss. After a number of high profile errors, including being beaten by all six shots on target in his previous two appearances for City, he was dropped to the bench in February 2017, with backup Willy Caballero replacing him; having finished with the worst save success rate (54.1%) among all goalkeepers, he was named by many journalists as one of the worst signings of the season.
On 24 October 2017, after a 0–0 home draw against Wolverhampton Wanderers in the first 120 minutes of the EFL Cup fourth-round tie, Bravo saved two penalties to give his team a 4–1 win. He ruptured his Achilles tendon in training the following August, going on to be sidelined for several months.

Bravo represented Chile at under-17, under-20 and under-23 levels. He made his debut with the full side on 11 July 2004 against Paraguay in the 2004 Copa América, and retained his place for the rest of the 2006 FIFA World Cup qualifiers.

Bravo holding the Golden Glove award at the 2017 Confederations Cup
Bravo was again called for duty in the 2007 Copa América held in Venezuela, where he started all four games. He became team captain after Marcelo Salas announced his international retirement. Rested for the final group game, he played three matches at the 2011 Copa América as the country again reached the quarter-finals.
In the 2010 World Cup in South Africa, Bravo started in all four matches for Chile (remaining as captain), conceding five goals in an eventual 0–3 round-of-16 loss against Brazil. He was also selected by new manager Jorge Sampaoli to the squad of 23 for the following edition, starting all the games and conceding only four time – one by Australia, two by the Netherlands and one by Brazil – which again ended in the same stage and at the hands of the same opponent, but in a penalty shootout.
On 10 October 2014, in a friendly 3–0 win against Peru, Bravo earned his 85th cap, surpassing Leonel Sánchez as Chile’s most capped player of all time. He was the captain and played every minute as they won the 2015 Copa América on home soil, their first major international honour. In the final against Argentina at the Estadio Nacional, he kept a clean sheet as the match finished goalless after extra time, and then saved from Éver Banega in the subsequent penalty shootout; he was subsequently chosen for the Team of the Tournament.
On 24 March 2016, Bravo became the first Chilean to win his 100th cap, in a 1–2 home loss to Argentina in qualification for the 2018 World Cup. In the final of the Copa América Centenario at the MetLife Stadium, against the same opponent and also on penalties, he saved Lucas Biglia’s attempt in an eventual 4–2 win.
After sitting out the first two games at the 2017 FIFA Confederations Cup, due to fitness problems, Bravo started for the remainder of the tournament in Russia, notably saving three penalty shootout attempts in the semi-finals against Portugal (0–0 after 120 minutes). Although his team lost out 1–0 to reigning World champions Germany in the final, his performances saw him being chosen the competition’s best goalkeeper.

On 13 October 2015, Peru and Chile played a 2018 World Cup qualifier at the Estadio Nacional del Perú. The match ended 4–3 in favor of the latter, but offensive writings were found written in the home team’s dressing room afterwards, reading: “RESPETO, POR AQUÍ PASÓ EL CAMPEÓN DE AMÉRICA” (Respect, America’s champions were here). This event was criticised by the media in South America, and two years later a witness revealed that Bravo was the one who had left this message; additionally, the player was caught on camera kicking a door after the match.