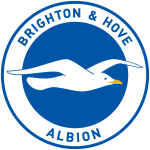 Aaron Connolly signed a professional contract with the Premier League’s Brighton & Hove Albion in 2017. In August of the same year, he made his debut for the club’s main squad in an EFL Cup match against Barnet.

Aaron Connolly returned to Brighton & Hove Albion during the 2019-2020 season. He made his Premier League debut during a match against Manchester City in August 2019. During the season, he made a total of 24 EPL appearances and scored 3 goals.

In 2019, Aaron Connolly played two games for the Irish national team during the Euro 2020 qualifiers.