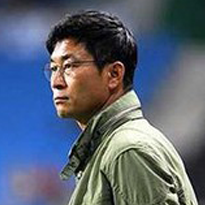 Kim Do-Hoon  is a former South Korean footballer. He played for several clubs, including Jeonbuk Hyundai Motors, Vissel Kobe and Seongnam Ilhwa Chunma. He played for the South Korea national football team and was a participant at the 1998 FIFA World Cup. He received the title of top scorer in the Asian Club Championship (the older version of AFC Champions League) with 28 goals.