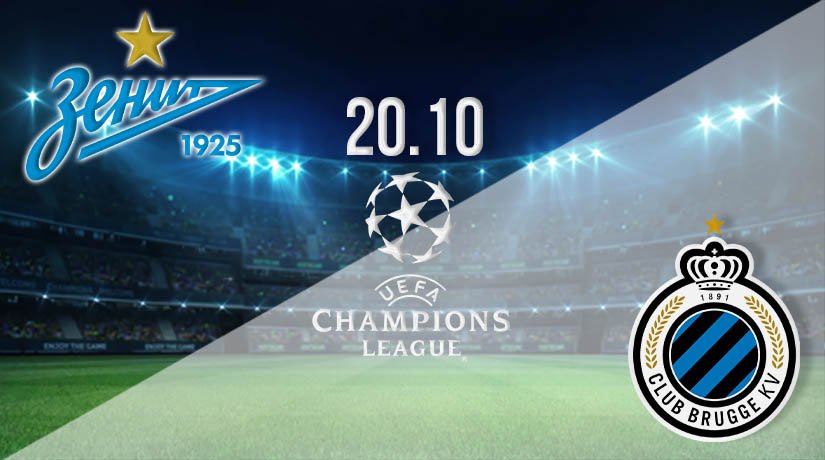 It’s an action-packed Tuesday evening from the Champions League with plenty of live TV action for armchair fans to get stuck into. In this article, we focus on Zenit St Petersburg who welcome Club Bruges for an intriguing match from Group F that is scheduled for a 17:55 kick-off. Both sides aim to get off to a winning start with Lazio and Borussia Dortmund meeting in the other fixture from the pool at 20:00 GMT.

Russians on a winning run

Zenit are a former winner of the Europa League, beating Glasgow Rangers in the final when the competition was known as the Europa League. They haven’t enjoyed anywhere near as much success in the Europa League and know they are up against it if they are to escape from this group and force a place in the knockout stages.

The Russian Premier League side sit top of their division after a weekend win with their stats showing seven wins and three draws against just one defeat. Zenit have already found the net an impressive 24 times in the league, conceding only 7 in their 11 games. They are on an unbeaten run and have won three of their last five.

Club Bruges make this trip top of the Belgian First Division A Table with 19 points on the board but managed only a draw at the weekend. The visiting side have won six, drawn one and lost two domestic league matches so far. They have scored 22 goals and conceded just 6 and that strong defence will be needed to get anything out of this game.

The Belgians were fully expected to beat Standard Liege on Saturday but managed to take only a point following a 1-1 finish. They came close to winning the match after Diatta scored just before half-time, but Liege snatched a point with a penalty on 93 minutes from Gavory.

Zenit fans won’t expect to win the Champions League outright, but they will demand their side perform well at home. We’ll get an idea of what to expect from Bruges after this match, but they look capable of competing.

Make sure to bet on Zenit vs Bruges with 22Bet!