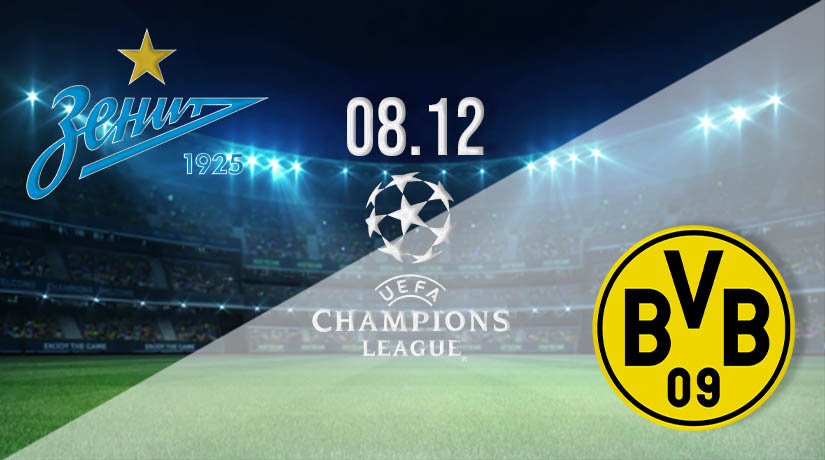 There will be little to play for in this fixture in Russia on Tuesday evening, with Borussia Dortmund just needing the three points to ensure that they finish as Group F winners.

Borussia Dortmund have recovered excellently to be top of the group coming into the final round of fixtures. The German side may have believed that there would be a huge chance of finishing second in this group after being beaten on matchday one by Lazio. However, since then, they have been able to piece together their form and win three on the bounce. They will still need to finish at least one point clear of Lazio to win the group. That is because if the sides are level on points, then Lazio will win the group courtesy of the win and draw that they have achieved in the two fixtures that they have played. Dortmund have scored the most goals and conceded the fewest in Group F, and they will come into this game having beaten Zenit 2-0 in the first game between the sides.

It has been a disappointing Champions League campaign for Zenit this season, and they will be finishing Group F in fourth spot. They are six points behind Club Brugge, with the defeat last time out against the Belgium side meaning that their fate at the bottom of the group was secured. They have struggled at both ends of the field in this season’s competition, as they have scored the fewest and conceded the most in Group F. They were well beaten last time out by Club Brugge, which was the second straight defeat that they have suffered in the Champions League, and their fourth in five game overall.

Dortmund aren’t without injury problems coming into this fixture, with their biggest loss being Erling Braut Haaland. The Norwegian superstar will be out until January with a hamstring injury. Meanwhile, Thomas Meunier, Raphael Guerreiro and Manuel Akanji will also be out. Dejan Lovren will be the only player missing for Zenit.

Make sure to bet on Zenit vs Borussia Dortmund with 22Bet!