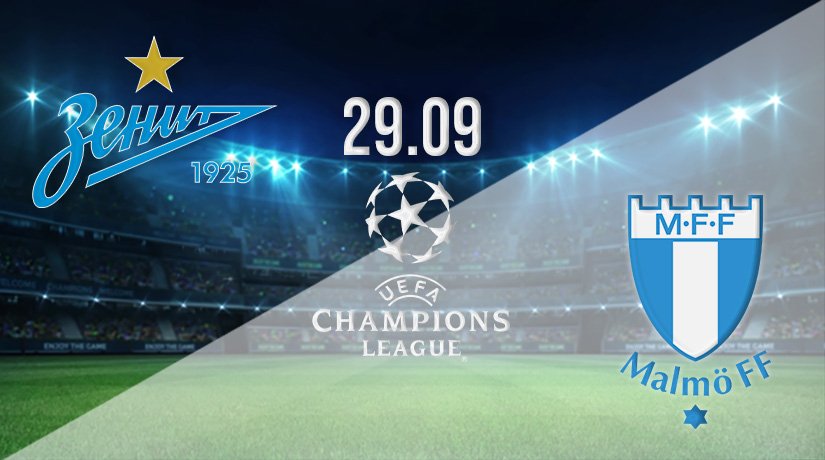 Zenit St Petersburg and Malmo are likely in a battle for the Europa League spot in Group H in the Champions League. Both sides were beaten in their first outing in the competition, but which side will get a first win on Wednesday?

Zenit will be the narrow favourites in the betting to bounce back from their opening day defeat in the Champions League. The Russian Premier League leaders were narrowly beaten at Stamford Bridge on matchday one by European champions Chelsea. The Russian side were very good defensively in that fixture, and would have counted themselves very unlucky not to have got the point that they were travelling to London to get. However, they have been able to bounce back from that setback in recent domestic fixtures, winning their last two. Zenit have scored five goals in those two fixtures, with the most recent of their victories coming against Kryla Sovetov on Saturday evening. Artem Dzuba and Aleksei Sutormin were the scorers in that 2-1 success at the Gazprom Arena.

Malmo’s main target this season will be winning the Allsvenskan, but a place in the knockout rounds of a European competition will also rank high on their targets. There looks to be a gulf in the class between Malmo and the other sides in the Champions League, which was evident on matchday one, as they were beaten by Juventus with ease. The Old Lady claimed a huge 3-0 win, which means Malmo needs to bounce back with a positive result in Russia on Wednesday. Domestically, their form has stayed strong, as they have won their last two, scoring six goals in fixtures against Elfsborg and Orebro.

Swedish and Russian sides have meet sporadically in European competitions, and this will be the first fixture between clubs from those nations since the 2007-08 season. On that occasion, the Russian side beat the Swedish side in the first round of the UEFA Cup. Malmo’s record in the Champions League also isn’t great, as they have lost eleven of the 13 games that they have played.

Malmo have conceded 20 goals in their last four Champions League matches, without scoring a goal. That record highlights that Zenit should have few issues making home advantage count on Wednesday evening.

Make sure to bet on Zenit St Petersburg vs Malmo with 22Bet!