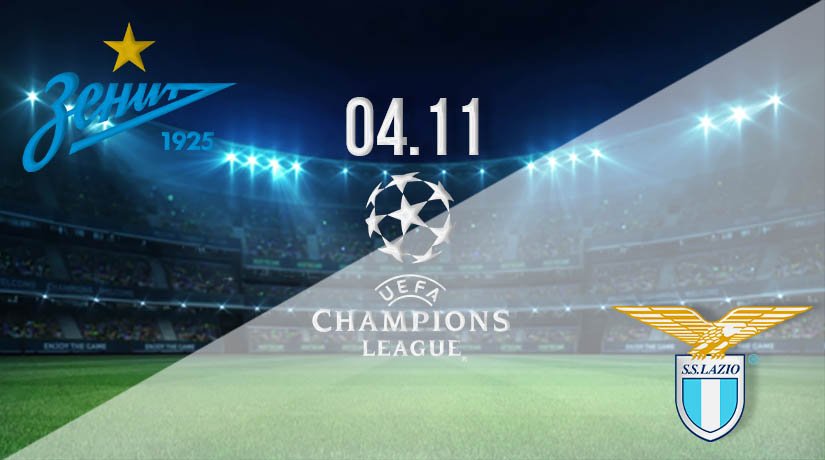 The two sides at contrasting ends of the Champions League standings in Group F will meet in the competition this week, as Zenit St Petersburg will be looking to get their first win of the competition.

It has been a difficult start to the Champions League this season for Zenit St Petersburg, and they will need to claim a win in this home fixture against Lazio to give themselves any chance of reaching the next round of the competition. They are currently rock-bottom in the standings, as they have lost both previous games in the competition this season.

They have conceded four goals in these two games and have scored just once. The Russian side are already four points away from the leaders in this group. Zenit’s defeats have come against Club Brugge and Borussia Dortmund, with that defeat against the German side being their last game. However, the Russian side would certainly have taken confidence from the fact that they have recently ended a run of three straight defeats. Zenit ended that run with a 2-0 win away from home against Khimki in the Russian Premier League at the weekend.

Lazio have been in excellent form in the Champions League so far, and they currently sit as the group leaders. The Italian giants got off to the best possible start with a win over Borussia Dortmund, before that was followed up with a draw away from home against Club Brugge. Lazio have now won three of their previous four, and their most recent win in all competitions came at the weekend against Torino. Felipe Caicedo scored the winning goal for Lazio in the 98th minute as they won 4-3 on the road.

Lazio will still be without a number of players due to COVID-19, with Djavan Anderson, Manuel Lazzari and Gonzalo Escalante all expected to miss out. Stefan Radu will also be missing for the Italian side. Malcolm and Sardar Azmoun will both be missing for the Russian side for this fixture.

Lazio have been excellent in the Champions League up to this point, and they will see this fixture as an opportunity to put one foot in the next round of the competition. We expect the travelling side to take all three points from Russia this week.

Make sure to Zenit St Petersburg vs Lazio with 22Bet!