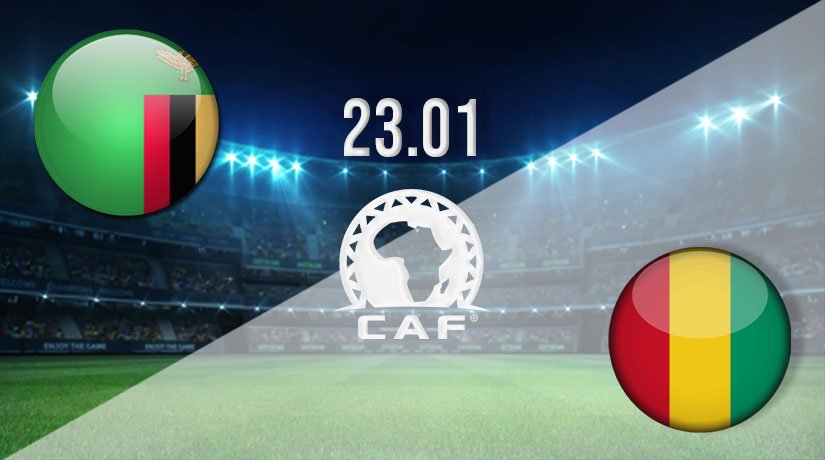 Zambia and Guinea both enjoyed excellent starts to the African Nations Championship, and they will be looking to maintain their perfect start as they come up against each other on matchday two.

Guinea are the early leaders of Group D after the opening round of matches. They lead the group on goal difference, after winning their opening fixture 3-0 against Namibia. It was an excellent team display by Guinea on that outing, and they went 2-0 ahead in the first half. Yakhouba Gnagna Barry scored the first goal of the game after 13 minutes, before Morlaye Sylla doubled the advantage in first half injury time. The game was put firmly out of sight in the second half, as Barry scored his second of the goal with four minutes remaining. It was an excellent opening win by Guinea, as they controlled the match from start to finish. They will be looking for a fourth win in five games against Zambia on Saturday afternoon.

Zambia would have also been delighted with their start to the African Nations Championship, as they also picked up a win on the opening round of fixtures. They will be aware that a win in this second fixture will see them take control of the group, and there was enough evidence in their first game to show that they are capable of doing just that. Zambia were forced to wait to make the opening in that game, as both of their goals came in the final half an hour. Collins Sikombe scored the opener in the game for Zambia from the penalty spot in the 64th minute. They were able to wrap up a comfortable win in the final ten minutes, as Emmanuel Chabula doubled the advantage. However, this could be a more trying fixture for them.

Zambia vs Guinea Head To Head

Zambia and Guinea are very evenly matched according to the head to head record. Three of the previous fives matches have been won by Guinea, while Zambia have won on two occasions. The last match was a 0-0 draw, before Guinea won in a penalty shootout.

These two sides are clearly the standout ones in Group D, and both will progress through to the next round. However, top spot could be claimed by the side that show extra interest in getting the win. It will be a match that neither side will want to lose though, which means a cagey 0-0 could be the most likely result.

Make sure to bet on Zambia vs Guinea with 22Bet!