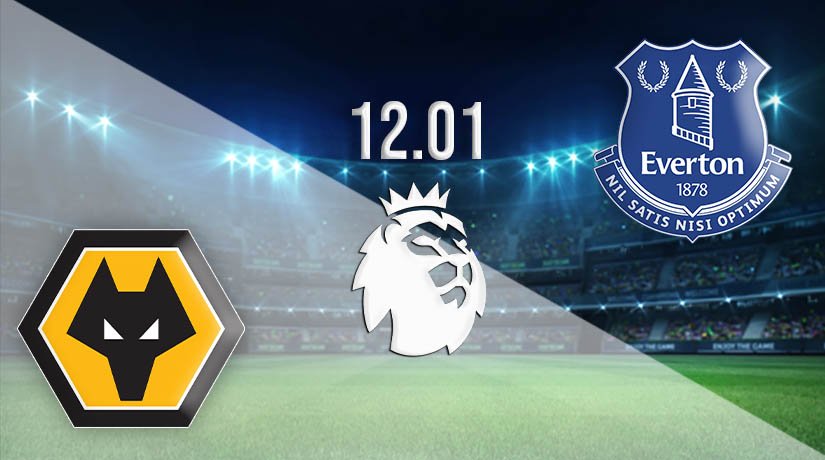 Three games will be played in the English Premier League on Tuesday evening with plenty to keep football fans entertained in midweek. In this article, we focus on the game involving Wolverhampton Wanderers and Everton due to kick-off at 20:15. Which side will claim the points in this top of the bill tussle? With the visitors pushing for a top-four finish and Champions League football, this should provide armchair fans with an entertaining 90 minutes.

Wolves suffer a dip in form

Wolves start the week down in 13th place following a dip in form that has led to the home team collecting only two of the last dozen points up for grabs. They entered the campaign with high hopes of building on the success of recent seasons and driving themselves back into the Europa League slots but if they are to achieve that this year they must improve.

The locals set-up for game 18 of the season with six wins and four draws against seven defeats and were held to a draw by Brighton on the road when last in league action. That match was a thriller, ending 3-3 with neither side deserving to lose the game. Wolves were last in action on Friday when beating Crystal Palace 1-0 at this venue in the FA Cup third round.

It’s not yet clear what we can expect from Everton this season despite the Toffees having 16 games on the board. They look capable of challenging for a top-four finish and bringing Champions League football to Goodison Park but, on other weekends, they appear well off the pace and destined for a Europa League place or below.

The visitors arrive on the back of a strong run of form, winning four and losing one of their last five games, although the spare did come last time out. They are seventh in the league with 29 points on the board, level with Tottenham in fourth and just four points off the pace set by Liverpool.

Both sides are under pressure to bag all three points after missing the chance to win in their last league match. Wolves boast the home advantage but it’s Everton who go in on the better run of form and will be confident.

Make sure to bet on Wolves vs Everton with 22Bet!