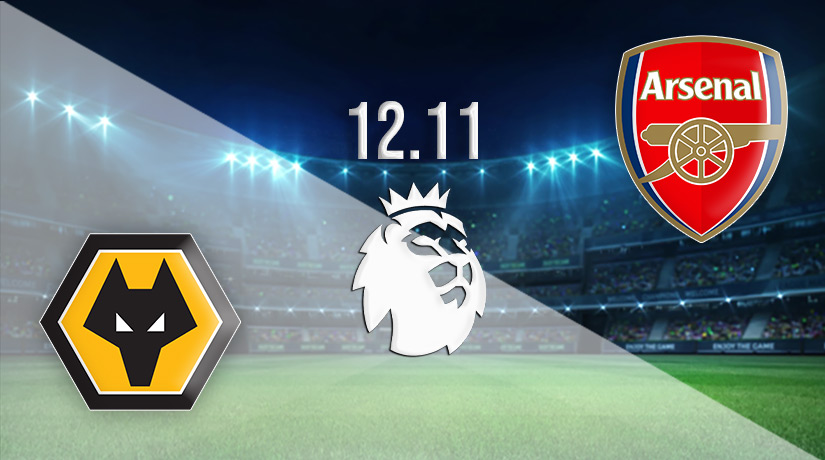 Table toppers Arsenal travel to the midlands on Saturday buoyed by their 0-1 win at Chelsea as they look to press home their advantage at the top of the log. With form and confidence on their back, the Gunners will look to get three more points when they face Wolves at the Molineux Stadium with late kick-off slated for 20:45 GMT.

Mikel Arteta’s men have been in fine form in their charge to the top of the table, leading defending champions Man City by two points heading into round 14. Pundits and analysts are finally conceding that Arsenal might have a chance of taking this challenge all the way this term.

Even Arteta conceded that his side are title contenders after their win at Stamford Bridge. With this realization, pressure will be on the Gunners to maintain their faultless form in the coming matches.

Against Wolves on Saturday, Arsenal will face a team badly out of form, but one that is battling to regain their consistency and winning touch to climb out of the relegation zone.

Julen Lopetegui has been charged with the herculean task of turning Wolves’ bad form around and masterminding their survival in the Premier League. This remit continues on Saturday when they welcome the red-hot Gunners to the Molineux Stadium.

Wolves are winless in four rounds, taking just a point in this run. This will have to turn around quickly if they are to start taking points on board to aid their survival quest. Lopetegui will be focused on both ends of the team that has conceded 22 goals while scoring eight.

Julen Lopetegui will be without Sasa Kalajdzic (cruciate ligament rupture), Chiquinho (cruciate ligament injury), and Pedro Neto (ankle). Others missing include Raul Jimenez (hip) and Matheus Nunes (unknown). Nelson Semedo will also be out of contention for the Arsenal clash due to suspension; he was sent off in the 2-3 defeat at home to Brighton last Saturday.

Arsenal will be without Emile Smith Rowe for the journey to Molineux. The 22-year-old attacking midfielder suffered a groin problem and underwent surgery on September 26th, and is expected back at the end of November.

Wolves will play with their backs against the wall on Saturday as they battle for their Premier League status. The focus for Lopetegui will be to bolster the discipline and collective effort of the team to make it difficult for Arsenal to play through the middle. He will also seek to sharpen the Wolves attacks down the flanks and on the counter-attack to pose a threat.

Mikel Arteta will ask his charges to maintain the energy, intensity, and character that has got them this far. These attributes were apparent at Stamford Bridge and will serve them well at Molineux.

Expect Arsenal to dominate the ball and dictate the tempo of the match. Wolves will be restricted to counter-attacks and reliance on set pieces to trouble the Gunners’ defence. The Gunners will walk away with the three points from Molineux and bolster their title charge.

Make sure to bet on Fulham vs Manchester United with 22Bet!