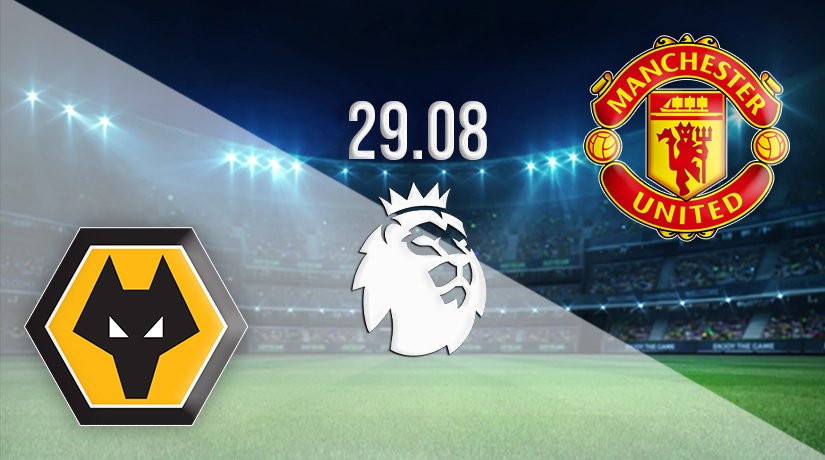 Round three of the new English Premier League season brings followers some exciting match-ups with the fixture card split between Saturday and Sunday. It’s also the final weekend of August and a chance for the early front runners to continue their good form and finish the month with a maximum of nine points from the first nine available to them. That’s not an option open to either Wolverhampton Wanderers or Manchester United when the rivals clash from 16:30 GMT on Sunday in this top of the bill battle.

The stadium will be at capacity for this match, with millions of more armchair fans worldwide watching the play live on television. Wolves head into this game looking to get off the mark at the third time of asking following back-to-back defeats. Going through the first month of play without picking up a single point would be disastrous for the club and show they are in for a long and difficult campaign. Man Utd are unbeaten in their first two, following an opening day victory with a draw last time. They seek a quickfire return to winning ways.

Man Utd did the double over Wolves last season, but both games were competitive with no more than one goal between the sides on each occasion. In December, the first meeting at Old Trafford produced a 1-0 win for United with the goal scored by Marcus Rashford with 90 minutes on the clock. The same team won the second game at this venue in May thanks to a 2-1 final score. Followers expect to see another hard-fought match.

Wolves are off to a tough start

Many Premier League pundits said Wolves would struggle after losing their manager to Tottenham Hotspur when making their predictions back in pre-season. The team have performed above expectations in recent seasons, but their form and performances in the opening two matches of this campaign suggest a difficult end to 2021 lies ahead. Beating off the threat of relegation and staying in the top tier of English football will always be the aim for Wolves, and to achieve that, they must make their home stadium a fortress. Wolves must be difficult to break down and decisive in the attack.

On matchday one, the locals opened their season with a 1-0 defeat at the King Power Stadium against Leicester City. With the Foxes aiming for a top-four finish this season and return to Champions League football next, it was no surprise to see them claim the win on their patch, but it wasn’t the one-sided contest many expected it to be. Wolves dug deep and created chances but were eventually beaten by a single goal scored by Jamie Vardy with 41 minutes on the clock.

Match two followed a similar path with Wolves making their home debut for the season against Tottenham, who arrived in town fresh from a confidence-boosting win over champions Manchester City a week previously. It was another competitive 90 minutes of play, and Wolves threatened throughout, but a Dele Alli goal scored on 10 minutes from the penalty spot separated the teams at full time. Two decent performances in defeat but no points to show for their efforts. Playing well won’t save them from danger. The home team need points on the board as soon as possible.

Man Utd looking to get back on track

Manchester United manager Ole Gunnar Solskjaer led his team to a third-place finish on his debut season and bettered that last term when ending as best of the rest behind champions and derby rivals Manchester City. Will the club continue that trend and finally win the Premier League title for the first time since Sir Alex Ferguson retired? They certainly have every chance and boast a team that is talented enough to be involved in the title race this season. A strong start is crucial to achieving that.

The visitors got off to the perfect start when beating Leeds United 5-1 on matchday one at Old Trafford. They made a mockery of what had been billed as a potential banana skin opener, blasting Leeds out while sending a statement of intent to the rest of the division. Bruno Fernandes scored a hattrick in that game, and he will be an important player for the Red Devils in the Premier League and Champions League this season. Ole will want to keep him fresh, injury-free and happy.

They dropped their first points of the campaign last weekend when fighting out a 1-1 draw with Southampton on the road. Going to St Mary’s and winning is never an easy task, but that’s exactly what was expected of United. They fell behind to an own goal from Fred with 30 minutes on the clock and took their time to respond to that early blow. Mason Greenwood forced home the equaliser early in the second half, but United were unable to build on that and couldn’t find the winner despite creating several decent chances. Ole will ask his attack to be far more ruthless in the final third here.

It’s still very early in the season, and there’s plenty of football to be played, but the pressure is already building on this Wolves side, who are re-building and hoping to secure a top-10 finish this season. Wolves have the home advantage and will need the backing of their support to get anything from this game, but it does appear to be a big ask. The locals will take encouragement from United’s draw last week and the way they have performed in this fixture in the past.

All eyes are on Man Utd to see how they respond to dropping two points at St Mary’s last weekend. They have already lost their 100% record but will be determined to hold on to their unbeaten run for at least another week. The visitors look to be the better team on paper, and they have four more points on the board but will be made to work for everything by a determined Wolves side on Sunday.

The pre-match betting odds available to 22bet members on this game has Wolves priced at 5.15 for the win with Man Utd trading at 1.752 to leave with all three points. The draw is 3.44.

Make sure to bet on Wolves v Man Utd with 22Bet!