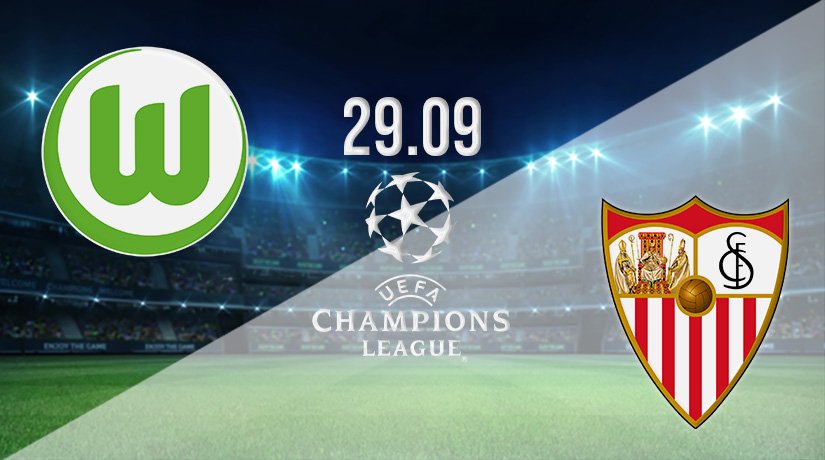 Wolfsburg and Sevilla are likely the two sides that many expect to reach the next round of the Champions League from Group G. However, both sides could only pick up a point on matchday one, which means improvement will be needed this week.

Wolfsburg had started the new Bundesliga in excellent form, but since their matchday one performance in Group G, they have moved off the top of the German top-flight. They haven won in three in all competitions coming into this fixture, and were beaten for the first time in the 2021-22 season at the weekend by Hoffenheim. They will be looking to get a first win in the Champions League on Wednesday evening, having been held to a draw in matchday one by Lille. The German side were very disappointing in that opening fixture, as they created very little throughout the match. They didn’t have a single shot on target in the 90 minutes in France, and were forced to hang on for the point in the final half an hour after seeing John Brooks given his marching orders after receiving a red card.

Like Wolfsburg, Sevilla will also be looking to get a first win in the Champions League group stages this weekend. It was an action-packed opening day for Sevilla, as they took a point against RB Salzburg. Ivan Rakitic scored from the spot to earn the Spanish giants a point on that evening. Since that draw, Sevilla’s strong start to the domestic season has continued, as they have picked up seven points from a possible nine. They have also picked up back-to-back wins in their last two fixtures against Valencia and Espanyol, scoring five goals in the process.

Wolfsburg vs Sevilla Head to Head

Sevilla and Wolfsburg are expected to reach the next round of the Champions League, and a victory for either will improve their chances of achieving that. This match could go either way, but the preference for the traveling side.

Make sure to bet on Wolfsburg vs Sevilla with 22Bet!