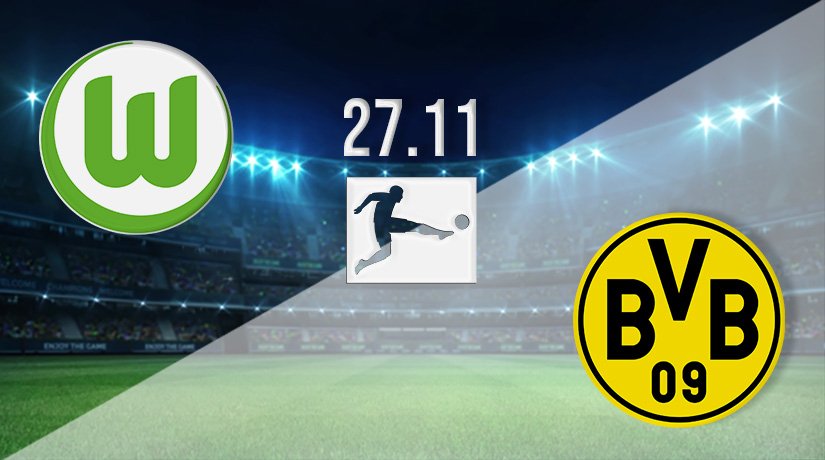 After a disappointing 2-2 draw against Arminia on Saturday, Wolfsburg turned their attention to the in-form and second-on-the-table Borussia Dortmund at the Volkswagen Area on Saturday at 15:30 GMT.

Dortmund bounced back from the 2-1 loss to RB Leipzig the previous match to triumph 2-1 against VfB Stuttgart. The victory helped Marco Rose’s side to cut the gap at the top of the table to 1 point.

The clash between Wolfsburg and Dortmund on Saturday will be of immense importance to both teams.

Can Wolfsburg Gain Consistency in the Bundesliga?

The dropped points at Arminia Bielefeld would have hurt Florian Kohfeldt and his men. They were forced to work hard for the point, coming back from 2 goals down to draw the match.

But Wolfsburg would have been disappointed if they did not manage to get the winner against a side second from the bottom.

Can Dortmund Gain the Relentlessness Required to Hunt Bayern Munich at the Top of the Bundesliga?

Marco Rose has led Dortmund to second on the table, a point behind league leaders Bayern, after 12 rounds of fixtures in the Bundesliga.

While this has been impressive, overhauling Bayern Munich and wrestling their Bundesliga title away from the Allianz Arena will require a relentless run of form from Dortmund.

Florian Kohfeldt’s men have had indifferent form in the Bundesliga in recent rounds of fixtures. In their last six outings, Wolfsburg have managed two wins, one draw and three defeats.

Dortmund tops the form table in the last six rounds of league fixtures; they have five victories and one loss.

Marco Rose’s side have collected 15 points from a possible 18. This run is better than Bayern’s haul of 12 points from 18.

This run has allowed Borussia Dortmund to cut Bayern’s lead at the top of the table to 1 point; they have taken advantage of recent slip-ups by the reigning champions in recent weeks.

Wolfsburg will also be sweating on the fitness of William and Josuha Guilavogui. Right-back William is out with a knee injury since November 11th and has missed one Bundesliga match already.

Guilavogui, a defensive midfielder, is also a doubt with calf problems since November 19th and has missed one match already for Kohfeldt’s side.

The biggest miss for Marco Rose since October 22nd has been Erling Haaland who is ruled out with hip flexor problems and no scheduled return date.

Wolfsburg will need their top scorer to be in fine form to stand a chance of stopping Dortmund on Saturday. Wout Weghorst leads the way with five goals in the Bundesliga this season, which means that Florian Kohfeldt’s side rely on him to make a difference in matches.

In the absence of Erling Haaland, Marco Reus will have to step up and share the burden of goals and performances for Dortmund.

A long-term servant for Borussia Dortmund, Reus’ quality, dedication, and drive are never in doubt. He will be the star attraction once again as Borussia bid to keep pressure on Bayern.

Expect Borussia Dortmund to start brightly, be on the front-foot, press high, and provide a high-energy performance. Expect Wolfsburg to try and match Dortmund’s energy and drive across the pitch.

These teams are finely balanced in quality. Given Wolfsburg are playing at home, they will get something out of this fixture. The match will end in a draw with shared points.