Main page - News - Who Are the Top 10 Fastest Footballers? 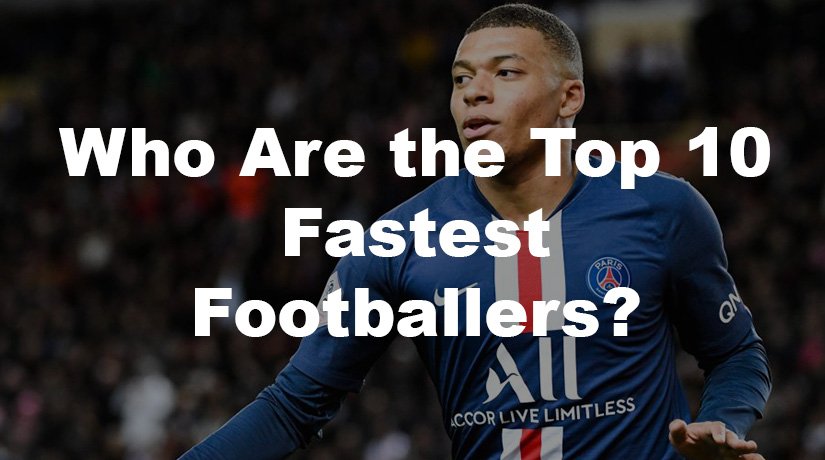 Who Are the Top 10 Fastest Footballers?

Le Figaro, one of the most famous French newspapers, ranked the top 10 fastest football players in the world. According to Le Figaro’s data, PSG’s Kylian Mbappe is the quickest footballer with an astonishingly high speed of 36 kilometers per hour. But who are the other players that made that list? Let’s find it out.

The second-ranked person on this list is Inaki Williams, who is a Spanish footballer and forward of the Athletic Bilbao club. He has quite a fast result at 35.7km/h! With such a speed, Williams has almost pulled even with Mbappe. This was a pretty hurtful loss for Manchester United, who planned to spend £81 million on Williams last summer. In general, the top eight fastest players compete in the range of 35 kilometers per hour, with a small gap for each.

Pierre-Emerick Aubameyang, who is a Gabonese and French footballer, striker and captain of the Arsenal and Gabon national teams, follows Williams. His speed is 35.5km/h. Zinedine Zidane himself called Aubameyang “the top priority” for Arsenal after leaving the club.

Karim Bellarabi got the fourth place in Le Figaro’s table of the fastest players with his 35.27km/h. Bellarabi is a German footballer and midfielder of Bayer Leverkusen. He barely managed to overtake the next competitor, Kyle Walker.

Walker, who is an English footballer, and defender of Manchester City and the English national team, comes to Le Figaro’s list with the result of 35.21km/h. Despite his excellent results, the Englishman recently was subject to a wave of criticism. During the quarantine and lockdown imposed by the government, he managed to roll up a sex party for £2000. It looks like fast legs aren’t everything!

Another Manchester City player, Leroy Sane, adds speed to his team with a result of 35.04km/h. Despite his young age (he is only 24 years old), the German national team forward has already established himself as an excellent footballer. Recently, Sane’s agent gave a tiny hint of moving his ward to Bayern Munich so that he could play in the Champions League.

Seventh and eighth places were shared by two players, Kingsley Coman and Mohamed Salah. They compete at the same speed of 35km/h. Salah’s success in recent years was noted in the Premier League. Last season, Salah scored 20 goals in 40 football games and significantly lifted Liverpool in the standings.

Another Bavarian player, Alvaro Odriozola, is rated ninth in “The Fastest Football Players”  list with a 34.99 km/h speed. At the moment, Odriozola plays for Real Madrid, but experts say that Zinedine Zidane will sell the footballer this summer for failing to be included in first-team plans. Spanish defender of Real Madrid, Nacho Fernandez, (also known as Nacho) closes the table with his 34.62km/h.

Despite Kylian Mbappe’s Ligue titles, he cannot be called the fastest man on earth. The world-famous Usain Bolt had an incredible speed – 44.72 km/h. This speed allowed Bolt to set the world record in 2009, running 100 meters in 9.58 seconds.