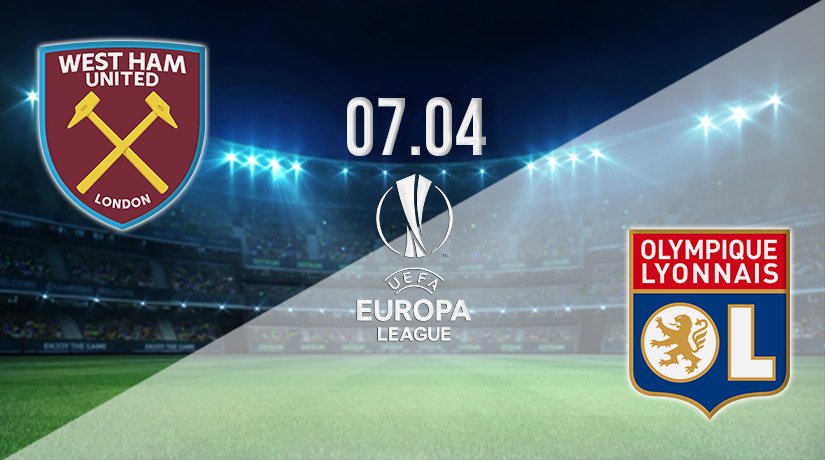 After impressively eliminating Sevilla at the round-of-16 stage, West Ham will return to Europa League action when they host French side Lyon, who dumped Porto out of the competition, on Thursday at 20:00GMT.

Can West Ham Take Advantage of Home Comforts to Take a Significant Step Towards the Europa League Semi-Finals?

David Moyes’ side were impressive in the round-of-16 when they dispatched Sevilla 2-0 at the London Stadium, after losing 1-0 in Spain.

The Hammers will hope to tap into the London Stadium’s energy on Thursday night when Lyon visit for the first leg of the quarter-final tie.

David Moyes will hope his side can handle the pressure at this level as they hope to make history this season by qualifying into the semi-finals, with a potential tie against Barcelona waiting.

Can Lyon Get a Good Result in London Ahead of the Second Leg in France Next Week?

Lyon are no strangers to big European nights; they will be looking to leverage the experience they have at this stage to have an advantage over West Ham, especially at a highly-charged and atmospheric London Stadium.

With the away goal rule scrapped, Lyon will be looking to ensure that the result they get in London is positive and places them in good stead ahead of the second leg next week.

West Ham’s form in recent matches has been inconsistent and stop-start at best. They have won three and lost two matches in their last five outings in the league. They have, therefore, collected 9 points while dropping 6.

This run of form has seen their bid for a top-four berth derailed as they have fallen three points behind fourth-placed Tottenham having played one more match than the North Londoners.

However, their form in the Europa League will be what matters when they host Lyon on Thursday looking to take a giant step towards the semi-finals stage.

Lyon’s form in Ligue 1 has been inconsistent. Peter Bosz’s men are 9th on the Ligue 1 log with 45 points, eight points behind third-placed Rennes, who occupy the final Champions League spot in the league.

Lyon have won only two matches from their last five outings in Ligue 1; they have lost twice and drew once in this run.

This means they have collected 7 points and dropped 8; this run of form has seen them lose ground in the race for a Champions League place, with only 8 matches remaining in the season.

David Moyes will be without the services of the experienced centre-back Angelo Ogbonna who suffered a ruptured cruciate ligament on November 8th, 2021, and is expected back at the beginning of August.

However, Moyes will have a near-full squad available for selection ahead of the clash with Lyon at the London Stadium on Thursday.

Lyon will be without attacking midfielder Raya Cherki in the clash with West Ham; the 18-year-old is side-lined with a fractured metatarsal. Centre-back Sinaly Diomande is also a doubt for the trip to London with an ankle surgery; the 20-year-old is expected to be back at the end of May.

Peter Bosz will also be unable to call upon 22-year-old central midfielder Maxence Caqueret who is recovering from a meniscal injury since March 30th, 2022.

The physical and pacey striker will be crucial in holding up play, linking up with their attacking and midfield players, and offering the cutting edge up front for West Ham.

Dembele offers the physical presence and pace to Lyon’s play; these attributes will be crucial for Lyon when they face West Ham on Thursday night.

Expect West Ham to start strongly with a direct and high-tempo approach with the London Stadium behind them.

Lyon will be compact and solid to ensure that West Ham do not make their early pressure count. They will slowly grow into the game and start posing an attacking threat of their own.

A draw is the preferred result in this match.

Make sure to bet on West Ham vs Lyon with 22Bet!