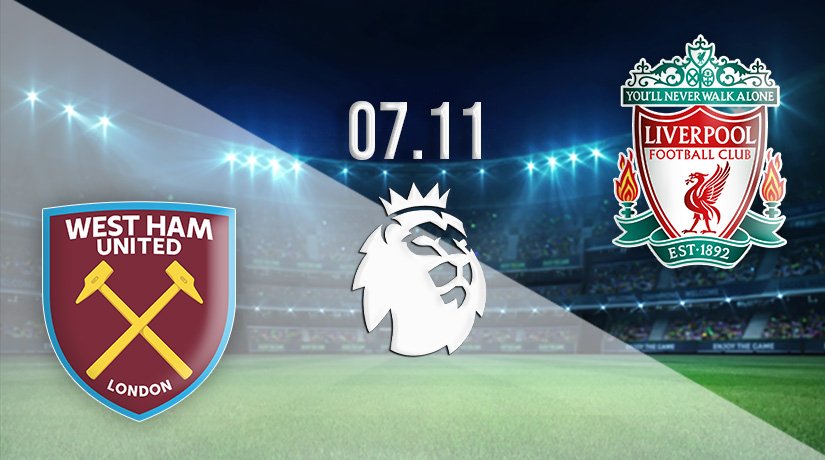 In-form West Ham welcomes second-placed Liverpool to the London Stadium at 17:30 GMT. David Moyes’ men seek to claim the biggest scalp yet this season as they take on the Liverpool side that dropped two points at home to Brighton last time out.

Jurgen Klopp will want to get Liverpool back to winning ways in the Premier League to avoid losing any more ground to Chelsea at the top of the table or avoid being leapfrogged by Manchester City currently at third.

Can Liverpool Return to Winning Ways?

Last time out, Jurgen Klopp’s men threw away a 2-goal lead to draw 2-2 against an impressive Brighton side.

Liverpool are currently three points behind Chelsea at the top of the table and cannot afford to give the blues any more chances to extend that gap. A win against David Moyes’ side will be imperative for the Reds.

Jurgen Klopp will want to see his best player, Mohamed Salah, back among the goals as he seeks to halt West Ham’s momentum up the table.

Can West Ham Continue Their Impressive Run of Form?

David Moyes is doing fantastic work at West Ham. With Declan Rice in inspired form in the middle of the park and Michail Antonio in good form up front, West Ham have the tools to hurt any team in the premier league.

After defeating their London rivals Tottenham 1-0 at the London Stadium, the Hammers followed that up with a defeat of Manchester City in the Carabao Cup on penalties and a 4-1 win away at Aston Villa.

This run of form gives the Hammers the perfect backdrop to face one of the best sides in the country, Liverpool.

In the English Premier League, David Moyes’ men have won four and lost one out of their last five outings.

In the last five outings in all competitions, Liverpool have won four and drawn one. In this run, the reds have scored 14 goals while conceding four.

In the English Premier League, the Reds have won two and drawn three in their last five matches, remaining unbeaten.

As they come up against the Hammers, Liverpool will put their unbeaten record this season on the balance, as David Moyes’ men have proven to be well prepared and competitive in big matches.

Liverpool will continue to be without the services of central midfielder Thiago, as he continues to recover from a calf injury he suffered on September 18th. Thiago has missed 11 matches for Liverpool so far this season.

Jurgen Klopp will also be without Harvey Elliot, with the winger having suffered a fracture-dislocation of the ankle on September 13th. Elliot has missed 12 matches for Liverpool so far this term.

David Moyes’ squad has a clean bill of health. There are no injuries or suspensions to write home about, so the manager will have a full squad to select his starting 11.

Both teams are in action in midweek, with Liverpool hosting Atletico Madrid in the Champions League on Wednesday and West Ham traveling to Belgium to face Genk on Thursday. This might affect the bearing of the match on Sunday at the London Stadium.

David Moyes has done his magic by converting Michail Antonio from a decent full-back/wingback into a potent center-forward with a genuine goal threat for West Ham.

Recent matches have shown that Liverpool’s defense can be breached, which underscores the importance of Antonio in West Ham’s chances of nicking a win against Liverpool on Sunday.

Mohamed Salah is already into double figures with 10 goals this term. His performances have earned him the “best in the world” tag from some quarters in the football world.

His form has been crucial for Liverpool’s unbeaten start to the Premier League Campaign. Jurgen Klopp will be hoping that his star man will be at the races to improve the Reds’ chances of winning the match.

Expect Liverpool to start the match strongly with their signature high-energy and high-pressing style. Jurgen Klopp will want everyone sharp and energetic to give West Ham the Gegenpressing that the German is known for since he has been in the English Premier League.

West Ham will seek to be solid, avoid any defensive mistakes, and make it hard for Liverpool to play balls behind the defense, which are dangerous with Mane, Salah, and Firmino.

BET ON WEST HAM VS LIVERPOOL WITH $100 BONUS

Declan Rice will be important for West Ham in the middle of the part as David Moyes’ men will seek to wrestle some control from Liverpool in this area of the pitch.

Liverpool’s quality and explosive start to the season will ensure that they will walk away from the London Stadium with 3 points. West Ham’s fine run of form will hit a red brick wall on Sunday.

Make sure to bet on West Ham vs Liverpool with 22Bet!