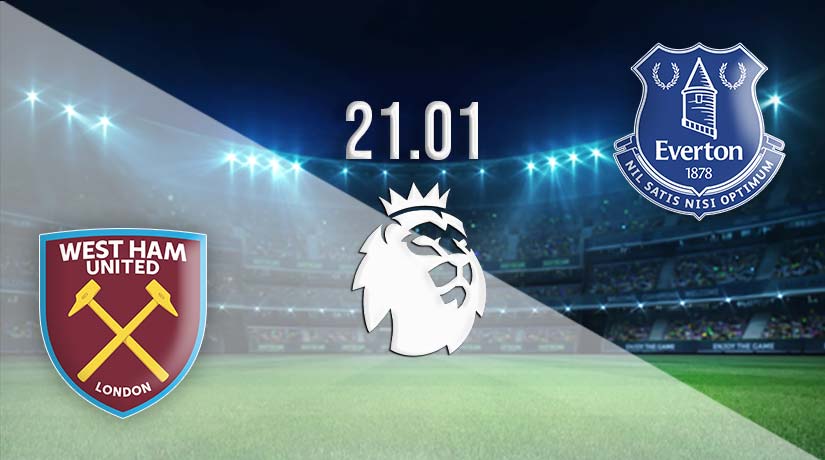 One of the biggest games in the Premier League on Saturday takes place at the London Stadium, as West Ham United and Everton clash. Both sides currently sit in the bottom three, and both are without a win in their previous six Premier League fixtures.

There will be pressure on both David Moyes and Frank Lampard coming into Saturday’s fixture at the London Stadium. It could be argued that the losing manager in this match may be lucky to still be in a job on Monday morning. West Ham dropped back into the bottom three last weekend, as they were beaten on the road by Wolves.

That defeat means that they have now suffered 12 league defeats this term, with no side having lost more regularly. The Hammers have also lost five of their previous six, with their only positive result in that run coming in the form of a 1-1 draw against Leeds United at Elland Road. West Ham’s issues have stemmed from the lack of goals this term, as they have netted just 15 in 19 games. Only Wolves have scored fewer goals than the Hammers.

Everton also come into this fixture starring down the barrel of a sixth defeat in seven games. The Toffees were beaten in their previous fixture by Southampton, and they could lose three on the bounce for the second time in their previous seven fixtures. Surprisingly, the only point that Everton has picked up in their previous six was a 1-1 draw against Manchester City.

However, the pressure intensified on Lampard last weekend, as the Goodison Park faithful turned on the coach as the Toffees let a 1-0 lead slip against rock-bottom Southampton. But, victory on Saturday could turn the tide back in their favour, and could lift them out of the bottom three.

Everton has picked up just one victory against West Ham in the previous three meetings. However, that win did come earlier this season, as they landed a 1-0 success at Goodison Park. But, the Hammers won this exact fixture 2-1 last term.

This fixture is expected to be extremely cagey in the Premier League this weekend, as it’s unlikely either side will be looking to give too much away. We could see one goal being the difference, and the preference would be for that to go the way of the Hammers.

Make sure to bet on West Ham vs Everton with 22Bet!