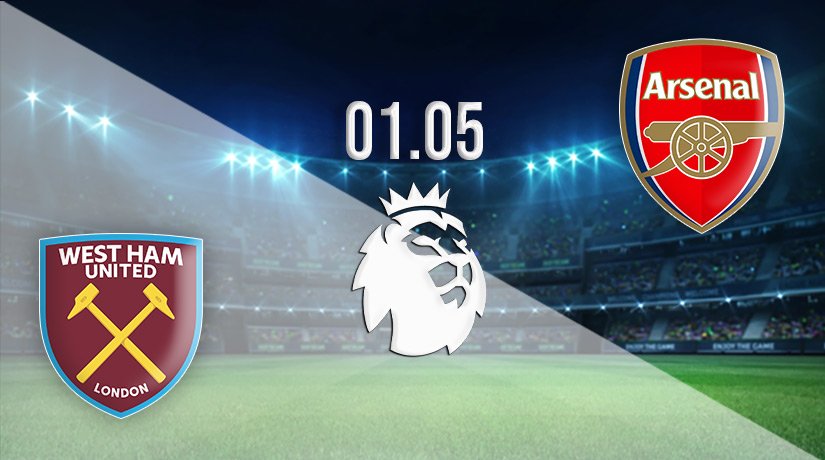 The big matches keep coming for Arsenal; after taking on Chelsea at Stamford Bridge and Manchester United at the Emirates, the Gunners travel to East London to face West Ham in a London derby on Sunday at 16:30 GMT as Arsenal seek to take control of the top-four race with five matches remaining in the season.

Can West Ham Bounce Back to Winning Ways After a Three-Match Winless Run?

David Moyes’ side have fallen off the top-four race with a run of just one win in five outings. They are currently on 52 points, eight points behind their opponents on Sunday Arsenal on 60 points.

West Ham will be looking to bounce back to winning ways when they face their London rivals on Sunday, as they seek to bolster their chances of challenging for the top four.

With five matches remaining in the season, West Ham’s chances for a top-fur spot might be remote, but the London Stadium will be fired up for the clash against Arsenal.

Can Arsenal make it Three Wins on the Trot to bolster their Top-Four Chances?

After three straight losses in the league, and with their top-four chances looking precarious, Arteta’s men have bounced in style with two big wins against their top-four rivals Chelsea and Manchester United.

The Gunners currently sit fourth on the table, two points ahead of their North London rivals Tottenham with five matches remaining in the season.

Arteta’s side will be looking to fortify their top-four matches when they face West Ham in a London derby.

Moyes’ side have collected four points from the available 15 in their last five league outings. This run of form has seen them fall from fourth on the table to seventh, and eight points adrift of the top-four position.

In their last five matches in the league, the Hammers have won once, drawn once, and lost three times.

Moyes will be looking to fix this form when they face Arsenal on Sunday.

After three consecutive defeats in the league, the Gunners have bounced back with two straight victories against Chelsea and Manchester United.

In the last five league outings, Arteta’s men have lost three and won two matches; they have collected six points and dropped nine.

The experienced West Ham defender, the 33-year-old Angelo Ogbonna, is missing from West Ham selection with a ruptured cruciate ligament since November 8th, 2021.

Moyes is also without centre-back Issa Dip, with the 25-year-old side-lined with an ankle injury.

France international Kurt Zouma is also a doubt for the match against Arsenal with a sprained ankle; the 27-year-old centre-back has already missed three matches for the Hammers.

Mikel Arteta is without left-back Kieran Tierney who underwent knee surgery after the initial injury on March 31st, 2022.

Defensive midfielder Thomas Partey is also a doubt for the clash with West Ham; the 28-year-old has already missed five matches for the Gunners.

Benrahma will be crucial for West Ham when they face Arsenal in the London derby on Sunday.

Nketiah has gained form in the run-in for Arsenal as Arteta has navigated tricky fixtures to come up with the advantage in the race for the top-four.

Arsenal will seek to dominate possession and force West Ham back into defensive positions. West Ham will soak the early pressure and grow into the game with possession and direct vertical attacks.

Arsenal will win the match and take the three points.

Make sure to bet on West Ham vs Arsenal with 22Bet!