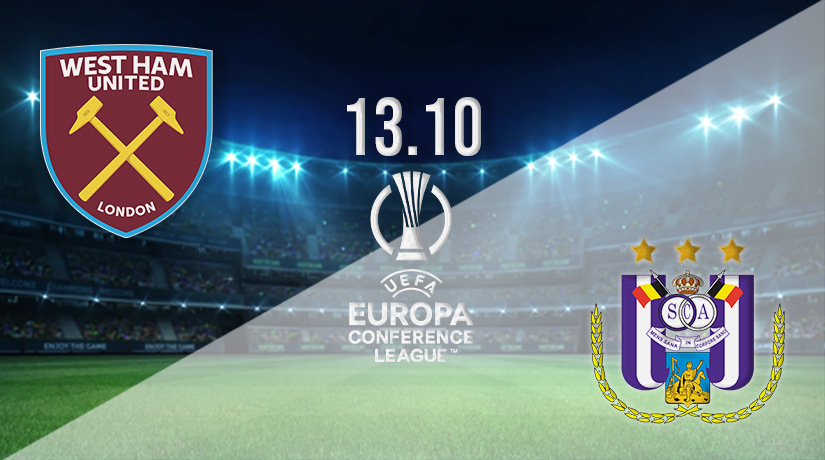 West Ham looks to be the commanding presence in Group B of the Europa Conference League this season, and they will be looking to pick up a fourth straight victory in the competition this week. Anderlecht is the nearest challenger to the Hammers, but they will desperately need a change in fortunes to pose too many questions.

There will be a battle between the top two in the standings of Group B in the Europa Conference League this Thursday. There is likely to be more pressure on Anderlecht, as defeat could give them far too much to do to challenge for top spot over the final two rounds of fixtures.

The Hammers find themselves in a very strong position at this stage of the competition, as their three wins on the bounce in the competition sees them sit five points clear of their Belgian opponents coming into this matchday four fixtures. West Ham has been strong in every fixture in the competition this term, as they have scored an impressive seven goals. However, David Moyes will like his side to be more defensively solid, as they have allowed four goals already.

Last week’s win against Anderlecht was one of West Ham’s strongest displays in the competition to this point, as they sealed a deserved 1-0 victory on the road. The only goal of the game was scored with ten minutes remaining, as Gianluca Scamacca netted the winner. West Ham dominated the possession in the fixture, and registered 18 shots on goal.

Their Europa Conference League form has also transformed their season this term, as the Hammers have now won their previous three games in all competitions. Anderlecht will desperately need the victory to keep any hopes of a first place finish alive in Group B.

This will be the second meeting between the sides in the competition. The Hammers looked the stronger of the two sides in the previous meeting, as they claimed a 1-0 win on the road last week.

Anderlecht will need to come out and try and win this fixture, which could set up the match perfectly for West Ham on Thursday. Therefore, we could see the Hammers picking up a 2-0 victory to effectively book their spot in the next round of the competition this season.

Make sure to bet on West Ham vs Anderlecht with 22Bet!