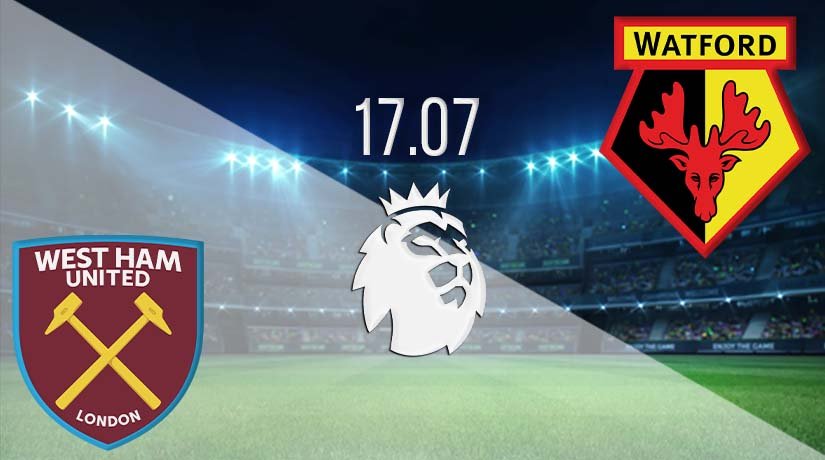 The Premier League is reaching the final stages of the season, and there is still important points up for grabs at the bottom of the standings. West Ham United and Watford will meet on Friday night in an old-fashioned six-pointer, but which side will get the win and secure their safety?

This fixture is huge for both sides, but there is a sense that there is even more importance on this game for Watford as they end the season with fixtures against Arsenal and Manchester City after this game. They have a three point lead at present and have also been in decent form over recent weeks as they have won their last two games. Those victories were much needed as they had previously lost three on the bounce. The most recent of those victories came last Saturday as they edged out Newcastle United for the win. Troy Deeney scored two penalties in that victory, but this will likely be a cagier match.

West Ham United are level on points with Watford going into this fixture, but they have lost just once in their previous four games. The Hammers have won twice during this run, with the most recent of those victories coming last time out against Norwich City.

All four goals in the game were scored by Michail Antonio, as the Hammers relegated Norwich City back to the Championship. However, their home form has been a worry throughout the season as they have lost nine of the 17 games that they have played at the London Stadium. However, they will take confidence from their recent home 3-2 victory over Chelsea going into this fixture.

West Ham have a very good record against Watford over recent years, as they have won three of the previous four meetings. However, three of West Ham’s victories during this time have come away from home. West Ham’s last home win against Watford came back in 2018. The Hammers will also take confidence from their victory earlier in the season, as they beat Watford 3-1 on that occasion.

This fixture is massive for both sides, as the winner will be safe from the threat of relegation. Defeat for Watford could be disastrous as they end the season with two tough fixtures. The preference is for West Ham United to get the three points that they need to secure their Premier League status.

Make sure to bet on West Ham United vs Watford with 22Bet!