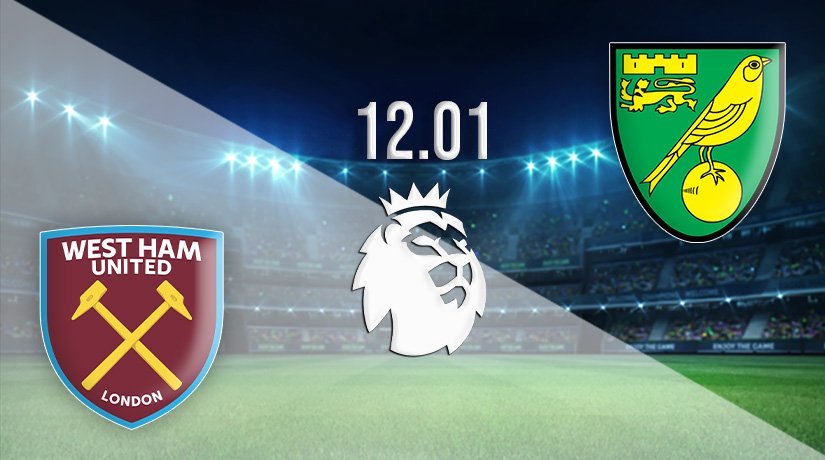 There will be midweek action in the Premier League on Wednesday evening, as the re-arranged fixture between West Ham United and Norwich City is played at the London Stadium. Both sides capped good weekends in the FA Cup most recently by making it through to the fourth round.

David Moyes hasn’t yet given up on his side finishing the Premier League season in the top four. The Hammers are in a strong position to challenge for one of the Champions League spots in the second half of the season, as they are currently sitting in fifth, just a point behind Arsenal. A victory against struggling Norwich this week will see them go into the next round of fixtures in the league in fourth.

West Ham endured a slight slip in form over the festive period, but have bounced back in their two most recent fixtures by winning back-to-back games. They have also won their last three in all competitions, as they recently beat Leeds United 2-0 in the FA Cup.

Their last league win was an entertaining 3-2 success away from home against Crystal Palace. A brace from Manuel Lanzini and one for Michail Antonio gave them a healthy advantage at the break.

Things are looking pretty bleak for Norwich City at this stage of the season. However, they are still just three points from safety. But, most worryingly for the Canaries, they haven’t picked up a single point in their last five fixtures in the league; losing on all five occasions.

Norwich at least had some rest bite over the weekend, as they were able to pick up a rare victory in the FA Cup against Charlton Athletic. The Canaries made hard work of it against the Championship side, as Milot Rashica scored the winner with just over ten minutes remaining in the cup tie.

The Hammers have won their last two against the Canaries without conceding a goal. They picked up a huge victory in the last meeting between the sides in July 2020, as West Ham ran out 4-0 winners. The last win in this fixture for Norwich came in November 2013.

It is getting harder and harder to see where Norwich are going to collect the wins that they need to stay in the Premier League this season. We don’t see them getting a rare three points here, as the Hammers look good value for the victory.

Make sure to bet on West Ham United vs Norwich City with 22Bet!