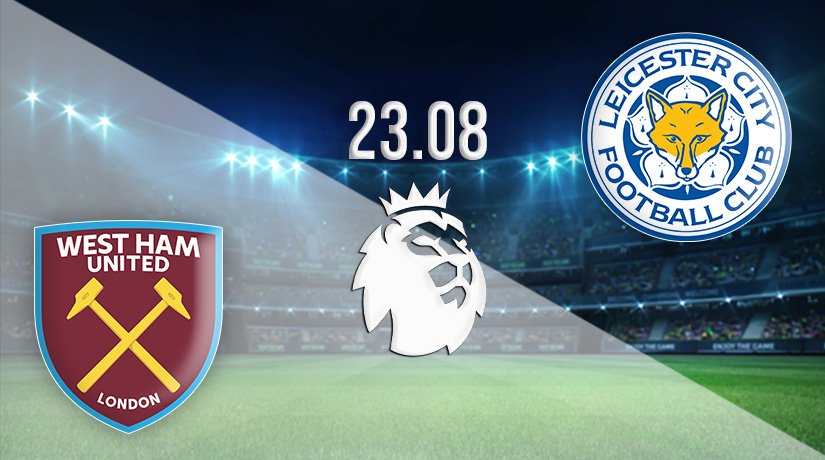 There will be an exciting game in the Premier League on Monday evening this week, as two in-form sides meet at the London Stadium. Leicester City and West Ham United will both be looking to continue their winning start to the new season.

West Ham United were one of the standout teams on the opening weekend of the new Premier League season, as the Hammers claimed a dramatic 4-2 win on the road against Newcastle United. West Ham went behind after five minutes, before Aaron Cresswell’s cross somehow managed to find its way into the back of the net. The Toon went back ahead five minutes before the break. However, the second half was all about West Ham and their attacking quality. Said Benrahma equalised for the second time, before the Hammers finally edged ahead for the first time in the game through Tomas Soucek. Michail Antonio ensured the win with just over 20 minutes remaining as he smashed the ball home on a swift counter-attack. Things are certainly looking bright for the Hammers this season.

Champions League qualification must be the aim for Leicester City this season, and they got off to the best possible start against local rivals, Wolverhampton Wanderers. Jaime Vardy was the goalscorer of the winning goal in the game, as the English striker found the net five minutes before the break. The win now means Leicester have won their last two 1-0, which includes their Community Shield victory over Manchester City. The Foxes will be keen to continue to build on the momentum that they have built up over the past couple of weeks, as a strong start would give them an excellent chance of finishing in the top four.

West Ham won both games that they played against Leicester last season. The Hammers scored three goals in both fixtures, as they won 3-0 at the King Power Stadium, and 3-2 at the London Stadium in the most recent fixture. Those wins ended a four game wait for a victory over the Foxes.

A case could be made for both West Ham and Leicester for this Monday clash. However, we would side with the hosts, who had an excellent record against the Foxes last season, and a third win on the bounce can be achieved on Monday.

Make sure to bet on West Ham United vs Leicester City with 22Bet!