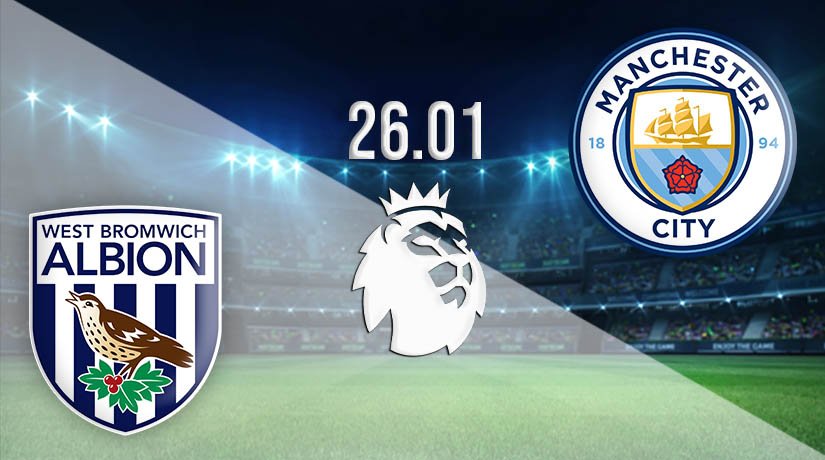 The Premier League title race has made for compelling viewing over the past couple of weeks, and that looks set to continue throughout the second half of the season. Manchester City can go back top of the league on Tuesday evening, as they travel to the West Midlands to take on West Bromwich Albion.

Manchester City are beginning to hit their best form of the season at the most important part of the campaign. Pep Guardiola’s side have won their last six, and they are the first team so far this season to win that many games in a row. City are still in the hunt for all four trophies this season, as they reached the next round of the FA Cup in their last game with a narrow success away from home at Cheltenham Town. In the league, they have been far more dominant over recent games. City went top for a few hours in their last game, as they beat Aston Villa 2-0. The game was an enthralling spectacle, but not without its controversial moment. Villa felt that City’s breakthrough goal should have been disallowed, as Rodri tackled Tyrone Mings after coming back from an offside position. There was nothing controversial about Bernardo Silva’s finish though, as he smashed the ball into the top corner.

West Bromwich Albion will come into this game in good confidence, as they have picked up points against some of the biggest teams in the league this season. They took two points from games against Manchester City and Liverpool in the first half of the season, but they will be wary of City’s recent form. The Baggies sit six points from safety going into this game, and will be slightly concerned by the ease at which they are conceding goals. No other side in the Premier League this season have conceded more than the 43 let in by the Albion. That could be a telling fact for this game.

City’s 14-match winning run against West Brom was brought to an end in the first meeting between these sides in December. The Baggies battled hard in that game to claim a 1-1 draw. It will be a very similar challenge for them on Tuesday.

City have been electric over recent weeks in the Premier League, and it will be hard to see anything other than another win for them at the Hawthorns this week.

Make sure to bet on West Bromwich Albion vs Manchester City with 22Bet!