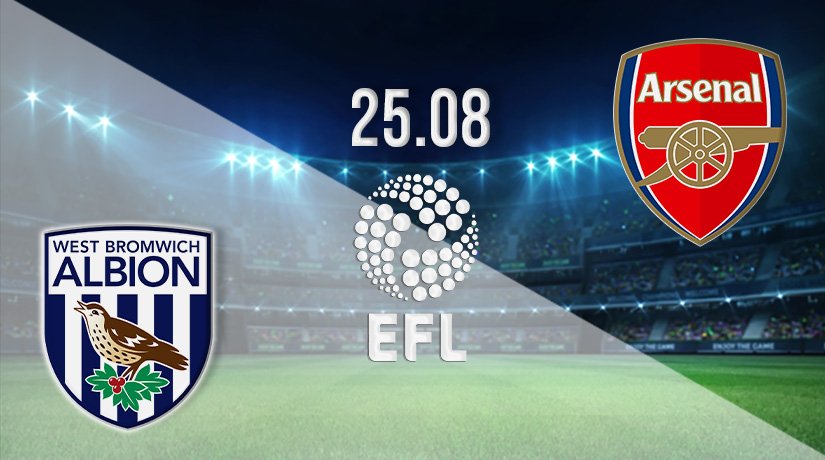 For the first time in 26 years, Arsenal have no European commitments, which means that they enter the EFL Cup in the second round. They have been handed one of the more difficult assignments in this stage of the competition, as they travel to the in-form West Bromwich Albion on Wednesday night.

The pressure is mounting on the shoulders of Mikel Arteta, and he will only be too aware that his Gunners side will need to win a domestic fixture sooner rather than later. Arsenal have endured a disastrous start to the new Premier League season, as they have lost both of their opening two fixtures. Defeat on the opening day of the season against Brentford was swiftly followed up with another defeat on Sunday afternoon against Chelsea. Both games have been lost 2-0, and the Gunners were booed off at half time and full time at the Emirates this past weekend. There was certainly a gulf in class between the two sides on Sunday, as Chelsea eased to a 2-0 half time advantage. The Gunners had no answer and very rarely threatened to get back into the game.

As for the Baggies, it has been an excellent start to their Championship season. Valerien Ismael has immediately stamped his philosophy onto the Albion team, as they have won three of the four games that they have played this season. They have won all three games that they have played over the past seven days, which included a 4-0 win against Sheffield United at the Hawthorns in their last home game. West Brom beat Blackburn Rovers in their last Championship fixture, with Alex Mowatt scoring an early goal in a 2-1 victory at Ewood Park.

The Albion have lost three of their last four against the Gunners, which includes the 3-1 defeat that they suffered against Arsenal at the Emirates last season. The last time the sides met in the League Cup was in the 2013-14 season, with Arsenal winning on penalties after a 1-1 draw.

Changes will be made by both managers for this fixture on Wednesday night. However, that is likely to raise serious questions about Arsenal’s strength in depth. The Baggies are on a roll at present, and we could see them knocking out the Gunners with the support of a passionate home support on Wednesday.

Make sure to bet on West Bromwich Albion vs Arsenal with 22Bet!