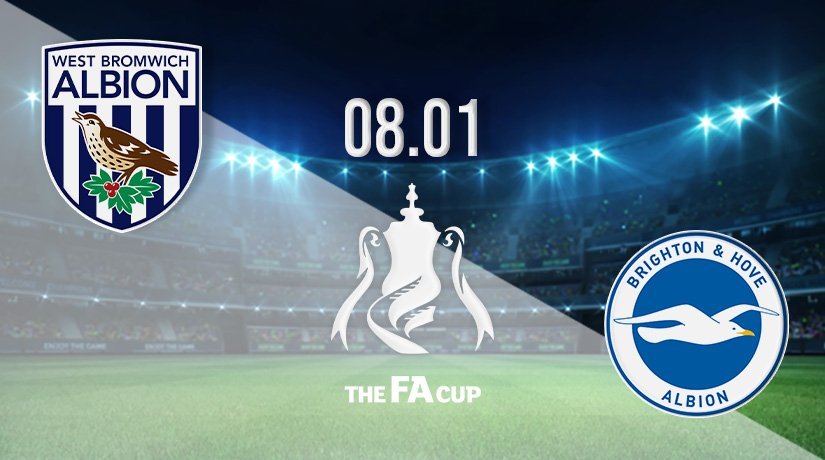 There will be a clash of styles at the Hawthorns on Saturday, as Brighton & Hove Albion are the visitors for West Bromwich Albion. The Seagulls have been going along nicely in the Premier League this season, and will be looking to win the FA Cup for the very first time this season.

Brighton will be the clear favourites in their fixture against West Brom this weekend. The Seagulls have been one of the eye-catchers in the English top-flight this term, and look as though they are in a potential battle for European qualification. Brighton are currently ninth in the Premier League, and are four points behind seventh-place Manchester United.

The Seagulls have rediscovered their form in recent weeks, as they have unbeaten in three, and have picked up two wins during that run of form. Brighton came out on top against Everton in their last Premier League fixture, with Alexis Mac Allister scoring a brace and Dan Burn also scoring in the 3-2 success.

The closest that Brighton have come to winning the FA Cup came in 1983, as they finished the competition as the runners-up. They could be a dark horse selection to go one better this term.

It has been far from an ideal Christmas period for Valerien Ismael and his West Brom side, as they haven’t won in three. That has seen them drop to fourth in the standings, and has also seen the manager come under pressure from the Baggies faithful, with many growing restless regarding the defensive style of play.

The Albion were held by Cardiff City in their last Championship fixture, which has allowed Blackburn Rovers to open up a four-point advantage in the race for automatic promotion. A finish in the playoffs looks the Albion’s best chance of promotion this season, but this weekend’s attention will be on reaching the fourth round of the FA Cup.

The Baggies have lost four of their last five home games in the FA Cup, with three of those defeats coming against Premier League opposition. However, the Albion remained unbeaten in the Premier League against Brighton last season, as they drew 1-1 away from home and recorded a 1-0 win at the Hawthorns.

Changes are likely to be made by both sides for this FA Cup fixture. However, Graham Potter will see the FA Cup as a huge opportunity this season, and could present them with a chance of winning a major trophy. They should have far too much for the Baggies on Saturday, and we predict a 2-0 win for the Seagulls.

Make sure to bet on West Bromwich Albion vs Brighton with 22Bet!