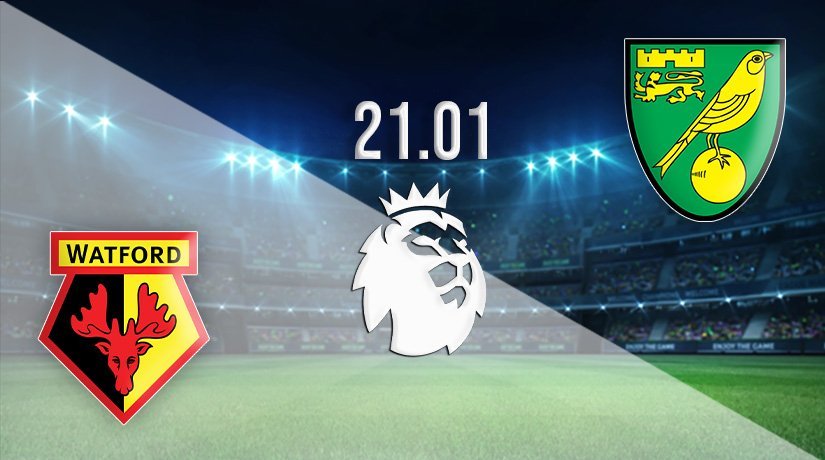 There is a six-pointer at the bottom of the Premier League standings on Friday night, as Watford and Norwich City clash in a huge game in the battle to avoid relegation to the Championship. But, which of the promoted sides from last season will take the points?

Last weekend was a good one for Norwich City, as they saw Newcastle and Watford play out a draw. Meanwhile, they picked up a win in their fixture to close to just a point from safety in the Premier League standings. A victory on Friday night would move them out of the relegation places for the first time this season, although the Hornets would still have two games in hand over them.

Norwich won their first game in their previous six last weekend, as they poured more misery on Everton. The Canaries were excellent in the first half of that fixture and went into the break with a commanding 2-0 advantage.

Michael Keane scored an own goal after 16 minutes, before Adam Idah doubled the advantage just two minutes later. A second straight victory will mean that their chances of survival this season are seriously on.

Claudio Ranieri was delighted with his team’s effort last weekend though, as they struck late to earn a 1-1 draw on the road against Newcastle United. Joao Pedro’s late header means that they still have the advantage over their rivals in the battle to avoid relegation this term.

Watford have an excellent record against the Canaries, as they have won the last five league fixtures between the sides. Meanwhile, Norwich have picked up just one victory on their previous eight visits to Vicarage Road. The Canaries have also won just three games from the 29 that they have played on a Friday night.

Watford boast an impressive record against Norwich. This is huge for both teams towards the bottom of the Premier League standings, but our preference is for the hosts. They showed enough attacking quality in their last game, and we could see them moving clear of the drop zone this weekend.

Make sure to bet on Watford vs Norwich City with 22Bet!