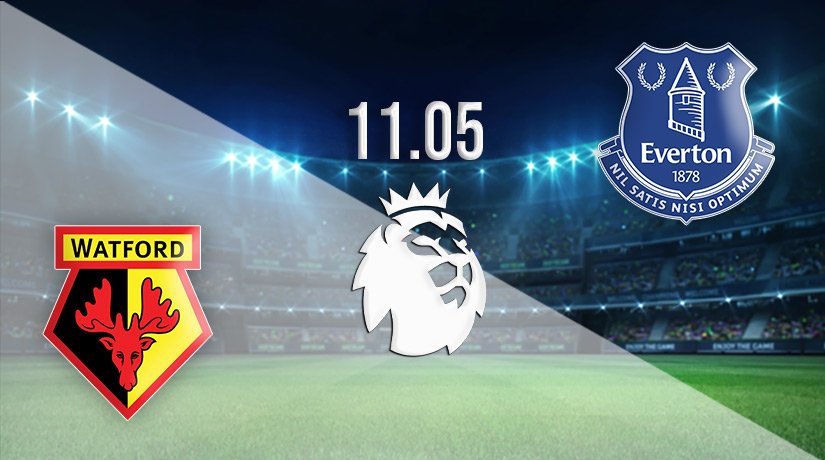 The biggest game in the battle to stay in the Premier League this term takes place on Wednesday evening, as Everton look for a third straight victory to move themselves clear of the drop zone. Watford are the hosts, but their relegation to the Championship was confirmed last weekend.

This fixture on Wednesday against Watford could be Everton’s biggest fixture in their recent history. A victory at Vicarage Road would effectively secure their Premier League safety this season, as they would move four clear of Leeds United and Burnley, with both sides below them having just two games to play.

Everton have enjoyed an excellent turnaround in recent weeks, as the Toffees have won each of their previous two games in the Premier League. They have also lost just once in their last five fixtures.

Their away form has been an issue throughout the campaign, but they managed to pick up a second victory on the road in 17 attempts against Leicester City on Sunday. Mason Holgate scored the second goal in that game after Vitaliy Mykolenko had fired the Toffees ahead.

Watford’s stay in the Premier League has come to an end after just one season back in the English top-flight. It has been a disastrous season for the Hornets, which has been very short on standout moments. They have gone down easily in the end, as Roy Hodgson’s side have lost each of their last five games in the Premier League.

Watford have picked up just six wins this term, while their 25 league defeats is more than any other side in the English top-flight. Their relegation was confirmed on Saturday afternoon, as the Hornets were beaten by Hodgson’s former side. Wilfried Zaha scored the winning goal in that fixture from the penalty spot.

Watford vs Everton Head to Head

Everton have been beaten in three of their previous four visits to Watford, with their only win during that period being a 3-2 success in February 2020. Watford won the previous fixture between the two sides 5-2 at Goodison Park in October. However, the Hornets have gone eleven without a victory at home.

The Hornets have a terrible record at home in the Premier League, and Everton’s form on the road is looking up after their win over the weekend. This could be the game when the Toffees finally move clear of the drop zone, and I fully expect them to pick up maximum points.

Make sure to bet on Watford vs Everton with 22Bet!