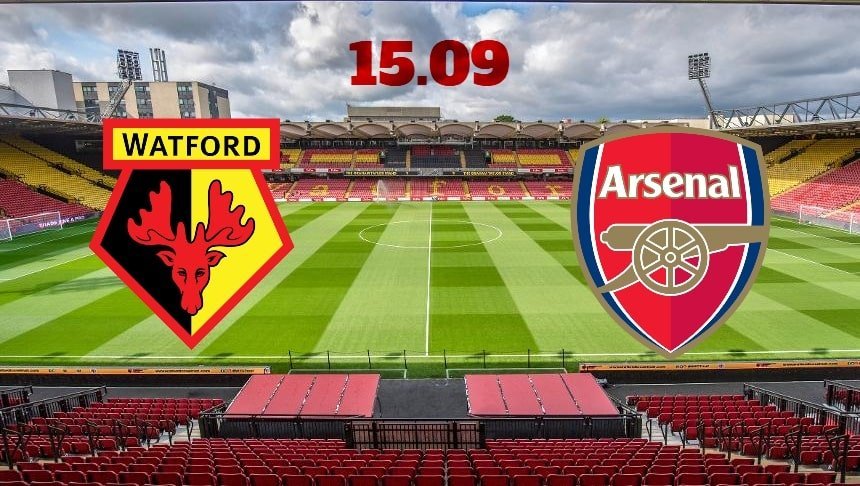 Watford vs Arsenal Prediction and Preview on 15.09.2019 EPL Match

After Arsenal’s prominent 2018/19 season, the Gunners had started the 2019/20 season in an excellent form, but a recent defeat against Liverpool has thrown them off course. They will be looking to get back to winning ways in the first fixture for Quique Sanchez Flores back at Vicarage Road.

It has been a busy week at Vicarage Road, as Watford decided to fire Javi Gracia from his managerial post. The Spaniard was quickly replaced by Quique Sanchez Flores, who managed the club for a year in 2015. The return hasn’t been met with the kind of response that the board may have been hoping for, with many fans considering the appointment as a step in the wrong direction.

Flores will be keen to get off to a strong start as Watford have lost three of their opening four league games this season. The only point they picked up came in their last game against Newcastle United. Will Hughes had put the Hornets in front before a controversial Fabian Schar goal equalised for the Toon. Flores couldn’t have picked a harder fixture for his return, with Arsenal looking to get back to winning ways and the Gunners could line up with Nicolas Pepe, Pierre-Emerick Aubameyang and Alexandre Lacazette in their forward line.

The Gunners had started the season with two wins out of two for the first time in ten years, but that feeling of expectancy was swiftly removed with a classy performance from Liverpool at Anfield. Unai Emery’s side were no match for the Reds, and defensive issues resurfaced. These were particularly aimed at David Luiz, who was to blame for two of the goals. However, unlike previous seasons, Arsenal continued to battle and took away a goal as a consolation. The North London derby last time out would have been disappointing as they handed Spurs a two-goal lead in the opening 40 minutes. Fortunately, Lacazette’s goal before the break changed the course of the fixture and the second half was domination by the Gunners. The equalising goal dually came from Aubameyang, but once again, defensive questions were asked.

Arsenal have won 17 of the previous fixtures between the sides, with Watford victorious on 12 occasions. There has only ever been one draw between the Hornets and Gunners and that came back in 1984. Watford haven’t beaten Arsenal since 2016 and have conceded six goals in the previous three meetings against the Gunners.

The recent form book would show there is an evident gulf between the two sides, and Arsenal would be the heavy favourites to get back to winning ways. The defensive issues that Watford have will be highlighted by the vibrant attacking trio that the Gunners posses.