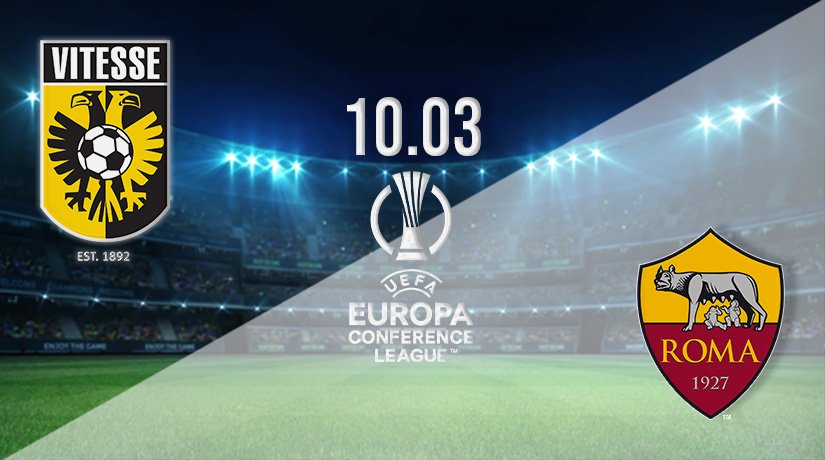 The round of 16 in the inaugural Europa Conference League gets underway this weekend. Italian giants AS Roma will be looking for a strong first leg performance against Dutch outfit Vitesse.

Vitesse haven’t had the easiest run in the Europa Conference League this season. The Dutch side were drawn in a tricky looking group in the first half of the campaign, but were still able to reach the play-off round after finishing second above Tottenham Hotspur. They made slightly hard work of the game in the previous round too.

Vitesse lost the first leg away from home against Rapid Wien, as the ten-men opponents were able to claim a 2-1 success. However, the extra quality within the Dutch side was evident in the second leg a couple of weeks ago, as they were able to secure a 2-0 win with home advantage.

The result never looked in doubt after a strong first half performance, as Adrian Grbic and Matus Bero scored the goals to put Vitesse in complete control with just 20 minutes on the clock.

AS Roma, coached by Jose Mourinho, are the clear favourites to win the Europa Conference League this season. The Italian giants may see it as their best possible route back into Europe next season. Roma finished top of their Group C standings, and were beaten just once in the six games that they played. That defeat was a shock 6-1 hammering on the road against Bodo/Glimt.

However, they recovered well following that disappointing performance, and won four of the games that they played in the group. No side scored more goals than Roma in the group, but they did concede a high of eleven goals, which was just two fewer than CSKA Sofia, who finished bottom of the Group C standings.

Vitesse vs Roma Head to Head

The two sides have never previously met in a UEFA competition. We could find out more potential trends for the second leg from the first meeting this week.

Roma have been a strange side to follow throughout the season, as it could be argued that very little improvement has been made under Mourinho. This could be another difficult fixture for them on the road, and we could make a case for Vitesse winning the game to take an advantage back to Italy.

Make sure to bet on Vitesse vs Roma with 22Bet!