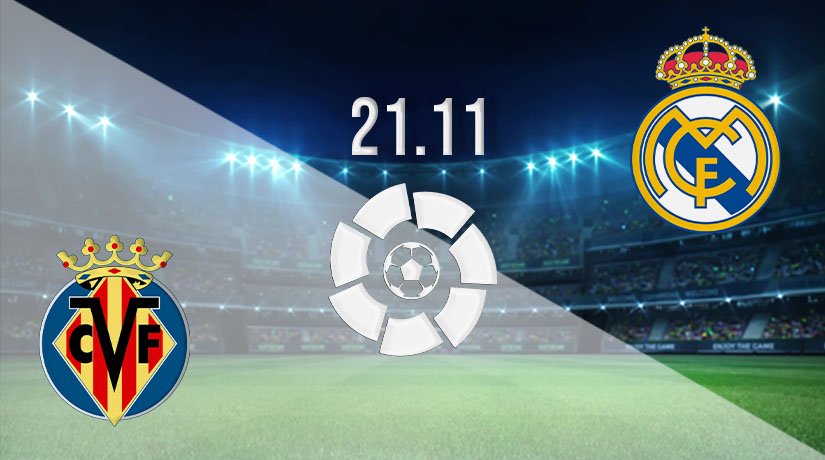 Spanish football returns this weekend and defending champions Real Madrid are back in action when travelling to Villarreal on Saturday for a 15:15 GMT kick-off. The visitors aim to strengthen their case for two league titles on the bounce but know they’ll get nothing for free from a host eager to challenge for the title themselves.

Villarreal have proven to be the surprise package in the early exchanges of the Spanish football season. They enter the weekend sitting second in the table behind leaders Real Sociedad who are, themselves, somewhat of a dark horse in the title race. The hosts have played nine, won five, drawn three and lost only once. They’ve scored 13 goals already, conceding 9 as they battle to keep pace with the front-runners.

Unbeaten in their last five games, Villarreal have won  three and drawn two, claiming six points in their two most recent starts. They are last seen in action beating Getafe 3-1 away from home before the break. Alcacer scored on 11 minutes to get the ball rolling that day before Munoz and Moreno chipped in to earn their side a deserved three points.

Madrid have lost two of their last four

Real Madrid were surprise winners of the Spanish La Liga last season, fighting back to deny Barcelona in the closing exchanges of the season. Blancos were fully deserving of their prize and they will be confident they have what it takes to make it two-in-a-row with another strong campaign. They have started well enough but must kick-on in the last few games of the year.

Madrid’s recent form shows they have won two and lost two of their last five and they did suffer a surprise defeat before the international break. Back-to-back wins were undone when going down against Valencia on the road, suffering a 4-1 defeat in that game. It was a sore one to take but Real must dust themselves down and return to winning ways as soon as possible.

This Villarreal side are full of confidence and a home win over the champions would ensure critics take their title chances seriously. The pressure is on Real Madrid to score an important win and go on a run of form as they battle to drive themselves to the front of the queue.

Make sure to bet on Villarreal vs Real Madrid with 22Bet!