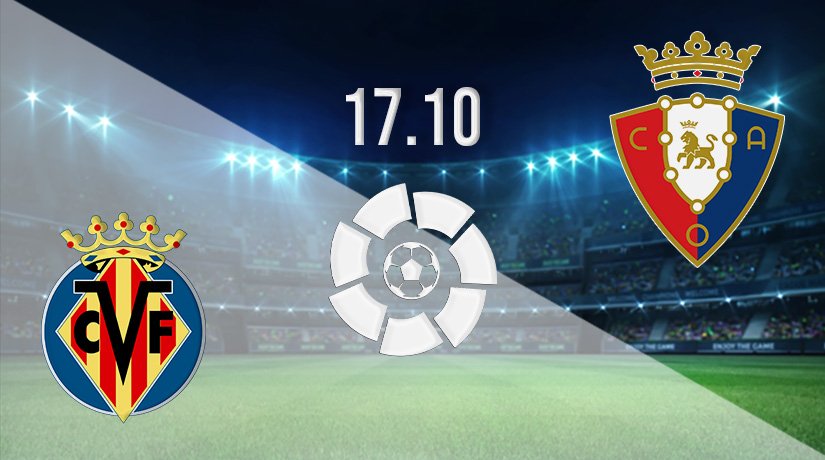 The only unbeaten side left standing in La Liga this season put their record on the line on Sunday, as they welcome Osasuna to the Estadio de la Ceramica. Villarreal will be aiming for a third win in four games.

It has been a slightly strange start to the new season for Villarreal in Spain, as they needed to wait until their fourth game of the campaign to get a first win. The Spanish giants still haven’t lost a game though, as they picked up draws in each of their opening three fixtures. However, most recently, they have won two games in three.

They turned a corner in the domestic season with a first win at the end of September, as they overcame Elche to win 4-1 at home. That was followed up with their fourth draw of the season against Real Madrid, as they held the leaders to a 0-0 draw on the road.

However, confidence should be reasonably high coming into this game, as Villarreal picked up a hard-fought victory before the international break. Arnaut Danjuma scored twice in the 2-0 win against Real Betis.

Osasuna come into this fixture above Villarreal in the league standings, as they have started the season in great form. They have picked up four wins in the eight games that they have played, but have been beaten on two occasions. They have scored eleven times, but have also conceded the same number of games, which ensures that they have the worst defensive record in the top half of the standings.

However, they have been in good recent form, as they won their last two fixtures before the international break. Their most recent victory was picked up against Rayo Vallecano, with Manu Sanchez scoring the winner in the 91st minute.

Villarreal vs Osasuna Head to Head

Osasuna won on their last trip to Villarreal, as they claimed a 2-1 success towards the end of last season. However, that victory ended a two-match losing streak, in which Villarreal scored six goals in two matches. That away success was also the first time that Osasuna had beaten Villarreal away from home since January 2010.

This should be a good match between these two sides, with both looking for the points to get closer to the Champions League places. It is hard to separate the sides, which means a bet on both teams to score could be a wise one. Both teams have scored in this fixture in the last seven meetings in La Liga.

Make sure to bet on Villarreal vs Osasuna with 22Bet!