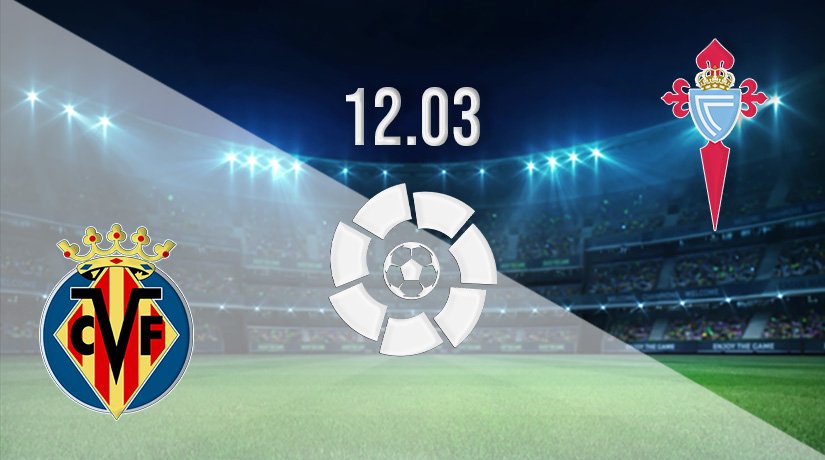 Ahead of Villarreal’s trip to Turin to face Juventus in the second leg of the round-of-16 tie, their attention will be directed at the top-four race in La Liga as they host 10th placed Celta Vigo on Saturday at 18:30 GMT.

Can Villarreal Find the Consistency to Challenge for a Top Four Berth?

Unai Emery’s side are currently 7th on the La Liga table, six points behind fourth-placed Atletico Madrid. With 11 matches remaining in the season, Villarreal are still in with a shot at top-four qualification.

The match against Celta Vigo comes after the surprising 1-0 defeat at the hands of Osasuna last time out in La Liga.

Emery will be looking to ensure that his side are well prepared and ready for a fight when they host Celta Vigo, as they seek to get their top-four race back in order.

Villarreal will also have to balance the need to play a competitive team against Celta Vigo on Saturday, and the core need of leaving enough in the tank for the trip to Juventus for the second leg of a nicely poised tie at 1-1.

Can Celta Vigo Put Together a Run to Challenge for European Places?

Celta Vigo still have a possibility of fighting for European places – Europa League or the Europa Conference tournament – for next season.

They currently lie 10th on the table with 35 points with 11 matches to go in the season. There is still enough of the season left to allow them to come into contention for European places by moving up the table.

However, Eduardo Coudet’s side will need to significantly improve their form if they are to move up the table. Their current run of two wins, one loss, and three draws – over the last six outings, will need to be improved considerably.

Over the last six rounds of La Liga fixtures, Villarreal have had the third best form in the league with 13 points accumulated compared to Barcelona’s 16 and Real Madrid’s 14 points.

In this run, they have won four times, drawn once, and lost once. The defeat came in their last match last Saturday in a 1-0 score-line, which halted their upward momentum in the chase for Champions League places.

Emery’s side will need to get back to winning ways against Celta Vigo to ensure that they do not lose any further ground in the race for Champions League qualifications for next season.

Celta Vigo have lost only once in their last six rounds of outings in La Liga, in the 2-0 reverse against Atletico Madrid.

In this run, Coudet’s side have won twice, drawn thrice, and lost once. This means that they have hailed 9 points and dropped 9 in the process.

Coudet will be looking to cut the draws from his results by turning them into wins. This run of form sees them on track to finish in mid-table.

Emery has several injury doubts for the clash with Celta Vigo.

Eduardo Coudet will have all his players fit and available for selection ahead of the clash with Villarreal on Saturday.

The midfielder is crucial in controlling the tempo of the math and establishing the platform for Villarreal’s attacks. He will be important for Emery’s side on Saturday against Celta Vigo

His two goals in the 4-3 win over Mallorca demonstrated his importance to Celta Vigo. The Spanish professional will be crucial in the clash against Villarreal.

Expect Villarreal to play on the front foot being the home team. Celta will also seek to make good use of the ball and leverage transitions against Villarreal.

Villarreal are highly favoured to take all three points against Celta Vigo on Saturday.

Make sure to bet on Villarreal vs Celta Vigo with 22Bet!