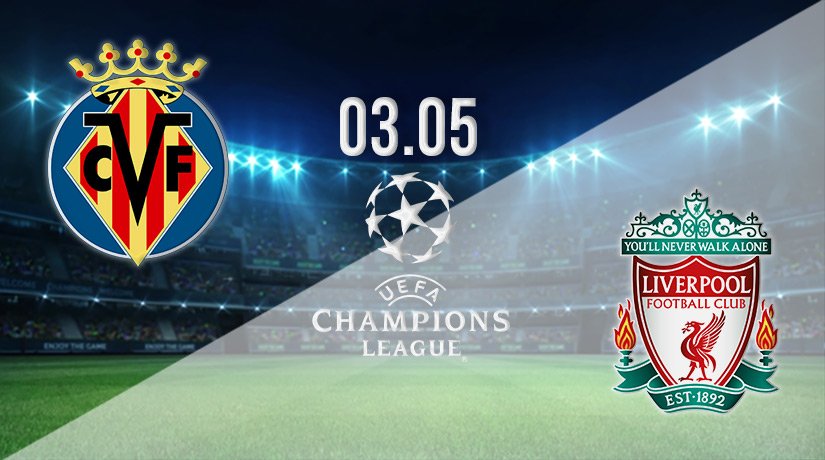 Tuesday brings the first of a midweek doubleheader from the UEFA Champions League as Villarreal host Liverpool in Spain. The winner of this tie will progress to the competition final, where they will be one match away from being crowned champions of Europe for the 2021/22 season.

Will the Reds make it through and contest yet another European final, or will Villarreal follow last season’s stunning Europa League win over Manchester United by making the final of the main tournament? We will find out by full-time on Tuesday.

The Reds are currently in control of this tie following a 2-0 win at Anfield last week in the first leg. That was a game Liverpool were expected to win at a canter, and they lived up to the billing there. The 2-0 aggregate lead coupled with their experience of playing in the latter stages of this competition makes them the hot favourites to progress, but they can’t afford to take anything for granted.

If Liverpool head to Spain believing that the job is already complete, then Jurgen Klopp’s men could end up paying a hefty price. The first team coach will ensure his players have their minds on the job and remain professional.

The head to head stats associated with this match make for interesting reading, with Villarreal and Liverpool meeting only three times previously. The English team hold two wins, including that 2-0 victory at Anfield last week, while the Spaniards hold just one victory, with the spare coming back in 2016 when they won 1-0 at home. Adrian scored the winning goal in that match on 90 minutes, but Liverpool progressed 3-1 on aggregate following a show of strength in the second leg.

Hosts lose at the weekend

This is the biggest game of Villarreal’s season as they have little to play for in the La Liga, which allows them to put all their eggs in one basket. Domestically, Villarreal can be found down in seventh place in La Liga with their stats reading 14 wins against ten draws and ten defeats with 54 goals scored and 33 conceded.

The 52 points gained means Villarreal are already nine points behind Atletico Madrid, the top four and a spot in next season’s Champions League. As it stands, the Spaniards won’t be playing Champions League football next season unless they win the trophy this term.

Their recent form consists of two wins, one draw and a pair of defeats, with one of those losses coming in their most recent league start. Villarreal warmed up for this Champions League semi-final second leg with a surprise 2-1 loss away to Alaves.

That was a match they were expected to win by most pundits as they had taken six points from their previous two outings, but Villarreal ended on the wrong side of a narrow result, going down 2-1 on the road. The winning goals that day were scored by Laguardia and Escalante before Chukwueze struck a consolation goal.

Villarreal’s best performances in 2022 have been recorded in this competition. They made it to the semi-finals thanks to a 2-1 aggregate win over German Bundesliga side Bayern Munich last month. Lewandowski scored for Bayern Munich, and they were in control until Chukwueze hit an equaliser in the dying minutes of the contest to level at 1-1 and sent Villarreal through 2-1 following a tight first-leg lead. It was a spirited performance with the players refusing to give up, but they’ll need more of that same fighting spirit here.

Liverpool head to Spain for this second leg knowing they are in control of the tie, and it’s theirs to throw away. The English Premier League side are on the road, but they travel with the security of a 2-0 aggregate lead following a strong first leg at Anfield when winning 2-0.

The English side were favourites to win on Merseyside, and they did as expected with the goals last week scored by Mane and an Estupinan OG. It was a thoroughly convincing win and one that puts Liverpool firmly in the driving seat for a place in the final. The club has a rich history of success in Europe, and this could be another memorable campaign.

In the Premier League, we find Liverpool sitting in second, just one point behind leaders and last season’s champions Manchester City. The Citizens are also in the last four of the Champions League and must see off Real Madrid if they want to make the final.

Will we see an all-English Premier League final to dispute the Champions League? There’s every chance at this stage, but Liverpool can do their bit and secure a spot in the final before City have a chance to play Blancos on Wednesday. It’s exciting times for football fans in the UK.

We last saw Liverpool in action on Saturday when beating Newcastle United 1-0 at St James’ Park. The winning goal in that match was scored by Kieta on 19 minutes following a strong start for the title chasers.

Most pundits expected that match to provide us with a few more goals, but it was that one strike that made all the difference and kept Liverpool in the running to challenge for the league. Titles are won and lost on the outcome of tight matches like that, but Liverpool fans know their team will fight to the finish in every match.

Villarreal weren’t blown away by Liverpool at Anfield last week, but they do have an uphill struggle ahead of them here. The hosts must score first and get that goal early enough to ensure they remain in the running.

Liverpool impressed in the first leg, and it’ll be interesting to see where they go from here. Will Klopp set his side up to defend that two-goal advantage, or will the visitors go out and try to get a third goal to kill the game off?

Make sure to bet on Villarreal v Liverpool with 22Bet!