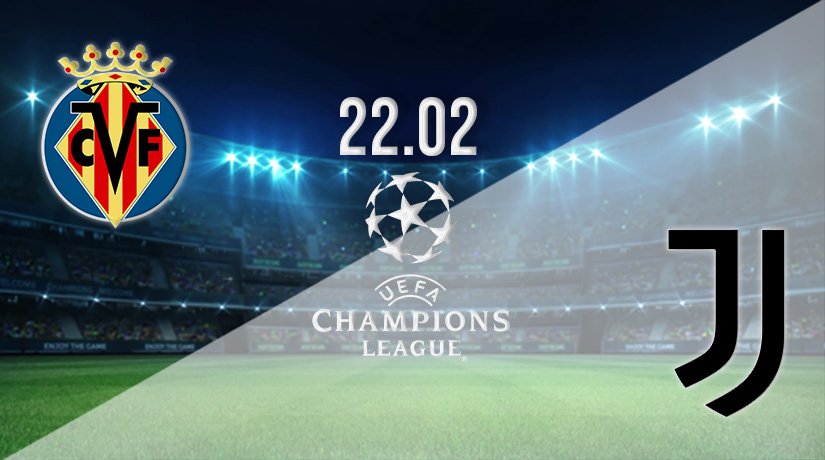 Villarreal plays Juventus in one of two UEFA Champions League matches scheduled to be played on Tuesday. The other pairs Chelsea and Lille at Stamford Bridge in a famous England v France battle, and you can read our in-depth preview of that fixture elsewhere on our site. Both games kick-off at 20:00 GMT, and on this page, we focus on the play in Spain where two ambitious sides prepare to go toe to toe. Villarreal and Juventus are both confident they have what it takes to get through to the next round and keep their Champions League dreams alive.

Villarreal is at home and will enjoy the backing of their support when this match kicks off. They know the size of the task ahead of them if they are to eliminate Juventus from the running but are also aware that the Old Lady, the most successful team in Italian football and one of the most successful teams in Europe, haven’t been at their best this season. If there was ever a perfect time to play Juve, it could be now as the visitors are understrength and suffering from an identity crisis. Which team will come out on top and secure a first-leg win?

When running through the stats associated with this Round of 16 match, we note these teams have never met in competitive action. That is rather surprising as they have been regulars in major European competition over the years. It means that in addition to a first-leg win and advantage in the tie, Villarreal and Juventus are looking to book their place in the history books by getting off to a winning start, going 1-0-0 in the head to head stats. There’s all to play for in Spain, and armchair fans planning to tune into this match are sure to see a thrilling contest.

Villarreal won a place in this competition following their surprise victory over Manchester United in last season’s Europa League final. Winning that tournament meant they automatically secured a spot in the 2021/22 Champions League, where they were paired with a familiar foe in the Red Devils for the group stage. The English Premier League side won the pool and was closely followed by Villarreal in second place, ending one point off the pace set by the Red Devils. It was a close-run contest with Atalanta in third, four points behind, following a dreadful end to the group.

Villarreal won three of their last four group games to pile pressure on Man Utd and will feel they are now a major force in the knockout stages. Can they follow last year’s Europa League trophy success with a Champions League win? That looks to be a huge ask, and the La Liga side will need to be at their best to get through this tie before they can think about challenging for the title. Any success they have will be built off a strong home performance, and Villarreal fans know they must do their part to help cheer their team on, encouraging them to land a home win and place the club in the driving seat ahead of a trip to Italy for the second leg.

Their last home match resulted in an impressive goalless draw with league leaders Real Madrid. That was a game most pundits expected Blancos to win, but the locals rolled up their sleeves and matched their opponents in every department. They didn’t see too much of the ball for long periods of the fixture, but they were organised in defence and enough of a threat in attack to worry their opponents. They will need more of the same here.

Juve held off the champions

Juventus were rather fortunate to finish in the top four of the Serie A last season. They did enough to secure a Champions League slot but got nowhere near defending their domestic title, leaving it to the Milan rivals to scrap it out for the prize. They also lost star player Cristiano Ronaldo who re-joined Manchester United. CR7 left behind a club that was struggling to reach their own high standards. They lost their league title after a decade of dominance and are unlikely to challenge to win it back this term. Once again, we see the teams from Milan and Napoli involved in a race to the Italian league trophy. Another top-four finish is the aim for Juve.

The visitors performed much better in the Champions League, and they beat the current keepers of the trophy during the group stages. Juventus won their pool ahead of Chelsea in second, with Zenit and Malmo completing the order. Five wins and a defeat gave them 15 points which was two better than Chelsea. The Italians won four of their last five and signed off with an impressive victory to ensure they crossed the line in style. The visiting fans hope to see their team pick up where they left off in the groups.

We last saw Juventus in action on Friday night when playing out what was a disappointing 1-1 home draw with Torino. That was a game they were expected to win with plenty to spare, but an early goal from de Ligt was cancelled by a Belotti strike on the hour. Juve has drawn each of their last two matches by a 1-1 score, and it’s likely they would welcome a third on the bounce. Any result that ensures this tie is there to be home heading to Italy for the second leg is a good one for Juve.

Villarreal will be cheered on by a sizeable crowd as they hope to give themselves the advantage before the fixture moves to Italy. Anything less than a strong home win would be a disappointment for Villarreal, but they must give their opponents the respect they deserve.

There’s no doubting that Juventus aren’t as strong as they were just two seasons ago, but they won their group ahead of the champions and will arrive with confidence. The visiting team will aim to keep things tight and nick a goal.

Make sure to bet on Villarreal v Juventus with 22Bet!