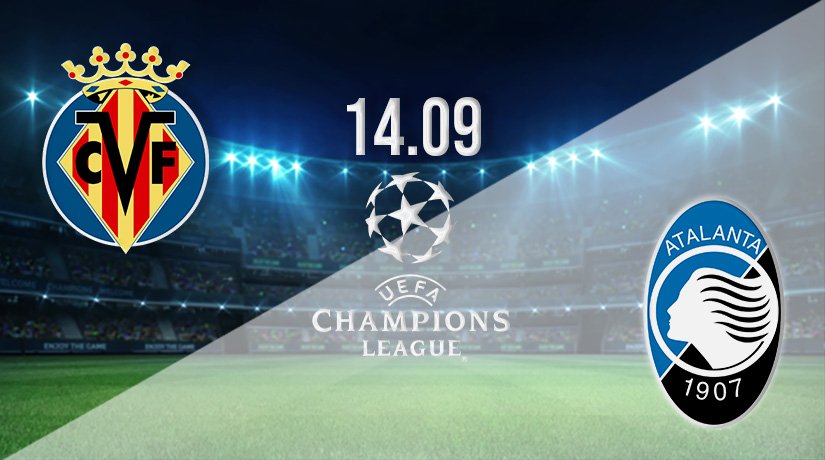 UEFA competition football dominates the midweek fixture list with football fans treated to the opening round of group games from the Champions League, Europa League and the newly formed Europa Conference League. Some of the sport’s biggest names are on show, with each match shown live on television to a global audience and played in front of fans. It’s a sure sign the beautiful game is fast returning to normality.

In this article, our team of football content writers focus on the match in Spain where La Liga outfit Villarreal face off against Italian Serie A representatives Atalanta. The game is scheduled for a 20:00 GMT start, and with both teams looking to get off to the perfect possible start, armchair fans are in for an enjoyable 90 minutes. Will the teams play their part and ensure the game lives up to the hype?

In addition to the three points up for grabs here, both teams will also be playing for a little piece of history as this is the first time Villarreal and Atalanta have met in competitive action. The Group F rivals plan to challenge Manchester United for the top spot. Still, they know the runners up berth will also see them progress to the knockout rounds of this competition and secure European football post-Christmas. With the Red Devils expected to win at Young Boys, the pressure is on Villarreal and Atalanta to keep up.

Villareal snuck in through the back door

Villarreal has the backing of a vocal home support and the advantage of playing at the Estadio de la Ceramica. They finished seventh in La Liga last season – a dire result for a team with their lofty ambitions – but qualified for the Champions League after winning the Europa League competition. They achieved that thanks to an upset win over Manchester United in the final, and that will give the team confidence ahead of this campaign. They may have snuck in through the backdoor but will want to show they belong at this level.

In the Spanish La Liga, Villarreal can be found off the early pace set by the likes of Valencia and Real Madrid. They went without a win in their opening three matches but have set themselves up as difficult to beat, getting a point from each fixture. That determination and structure will be in play during this group campaign, and it will be the Spaniard’s defence that will be the difference between going out and going through.

The home team received extra time to prepare for the midweek’s outing when their weekend’s match at home to Alaves was postponed. The danger is the time off could leave the players a little rusty, but they can shake that off in the early exchanges. The coaching staff would have welcomed the extra time on the training field to get their tactics and shape right ahead of this one.

Atalanta secured their place in this season’s Champions League after finishing third in Serie A last term. It was a title fought out between the Milan clubs, but Atalanta was able to hold their own and deserved to finish in the prize places. Their aim this time will be to find a way out of this group and challenge for domestic honours. To increase their chances of that, they will want to get off to a winning start, picking up three points on matchday one and taking out their main rival in the process.

The visitors already have their work cut out for them if they are to improve on that season’s bronze medal finish. They have started their domestic campaign poorly and can be found in the bottom half of Serie A after their opening three games. From a possible nine points, they collected just four, and their form is an even split of win, draw, loss. That leaves them off the pace set by AC Milan and Napoli, who are the only Italian sides with a 100% record at this stage. Improvement is required, but those in the away dressing room will welcome the chance to leave their troubles at the door and enjoy the big occasion.

They suffered their first loss of the new season at the weekend when going down at home to Fiorentina. That was a match they were expected to win at a canter but left fans feeling let down and a little worried for the season ahead. Vlahovic scored a double in that game, firing Fiorentina ahead on 33 minutes from the penalty spot then sending home another spot-kick in the second half before Zapata scored a penalty on 65 minutes, one that proved to be little more than a consolation goal for The Goddess.

This looks to be a 50/50 on paper, with Villarreal being the home team but qualifying only as winners of the Europa, ending far off the pace of the top four in the La Liga last season. The locals will hope to bag a maximum of three points from this match and then look to renew rivalries with Man Utd. At this stage, the group looks there for the winning, and there’s no reason why Villarreal can’t challenge for pole position. They are certainly good enough to get through to the next round.

Atalanta has been miles off their best in Serie A this season, and fans will still be hurting from that shock weekend loss to Fiorentina. This was a match they really should be winning if they are serious about challenging for another top-four finish and putting the pressure on the likes of Milan and Juventus for the title. The great thing about the Champions League distraction is it allows them to wipe the slate clear and focus on a new challenge for one night at least.

22Bet members can place their bets on this match, and there are plenty of markets to choose from. Have your say on the match winner or play one of the many eye-catching specials, including both teams to score, first goalscorer, handicap and correct score. There’s something to suit all types of bettors.

The match betting odds currently available at 22bet has Villarreal priced at 2.448 with Atalanta trading at 2.755 and the draw 3.54.

Make sure to bet on Villarreal v Atalanta with 22Bet!