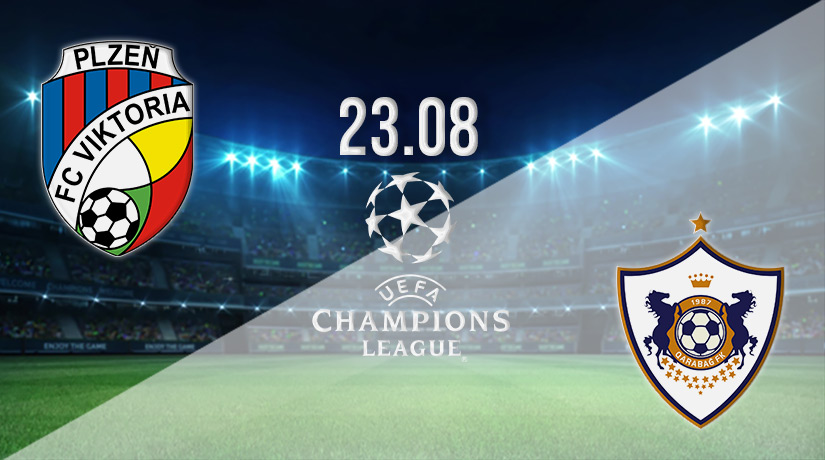 The second leg in the Champions League playoff round between Viktoria Plzen and Qarabag FK will take place on Tuesday evening. There was little between the two sides in the first leg, as the sides played out a 0-0 draw. But, which team will seize their chance in the second leg this week?

Viktoria Plzen will have home advantage for the important second leg between the sides in the Champions League this week. Their home form in the competition has already been strong this term, as they managed to see off Sheriff in the previous round with a 2-1 success in the Czech Republic.

To this point, they have scored seven goals in two Champions League fixtures played at home, with five of those goals coming in a handsome win against HJK in the second qualifying round. However, the goals looked to have dried up in the first leg between the sides, as Viktoria couldn’t find a way through against Qarabag.

It was a decent effort was from home by the Czech side, as they looked to play on the counter-attack. They only managed to have 33% of the possession, but had a glorious chance to steal the win in the second half. Qarabag would have been disappointed not to have taken a win from the first leg, as they registered 12 shots, with seven hitting the target.

However, they weren’t able to make their advantage with the ball count, as they looked short of ideas in the final third as the clock was running down, which ultimately meant that the majority of their chances were coming from outside of the box. But, if they perform with the ball like they did in the first leg, it’s likely that they will get the chances that they require to earn their spot in the group stages of the Champions League.

There have been four previous meetings between these two sides, but none of which have been won by either side. All four meetings have ended in draws, with the 0-0 draw last week being the second time that a stalemate has been played out since 2016.

The recent meetings between the two sides indicate that this will be a cagey affair on Tuesday. However, the slight preference is for Qarabag to progress, as they have the better quality in the final third of the pitch.

Make sure to bet on Viktoria Plzen vs Qarabag FK  with 22Bet!