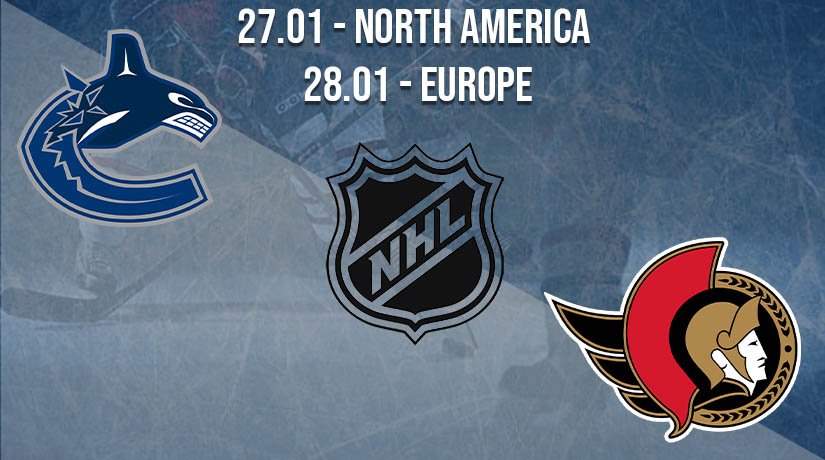 On another game day of the National Hockey League, Vancouver will host Ottawa and crush the opponent again. Our team of experts will analyze this meeting and try to give an accurate prediction.

Vancouver kicked off the new season with a series of away games, where they were able to win only one victory over Edmonton (5-3). Goalkeeper Holtby performed well, reflecting more than 90% of the shots. It is also worth noting the efforts of the forward Boeser, who scored a pair of goals. Back home, the Canucks obtained their second victory this year over Montreal (6-5 SO). However, after that, in two return matches, the Canucks did not cope with the Canadiens (3-7 and 2-5). Once again, the defence of the team failed. The last meeting went into the Canadians’ assets – they defeated Ottawa (7-1).

In the first match of the season, Ottawa was able to defeat Toronto (5-3). After that, the team was unable to win in any meeting. At home, the Senators failed in the return game against the Maple Leafs and lost twice to Winnipeg (3-4 OT and 1-4). The Senators have not been able to boast of a successful away game for a long time. Ottawa lost twice in the away games with Winnipeg (6-3) and Vancouver (7-1). The defence has ceased to stop the opponent’s attack.

Ottawa plays too poorly on the road, so it makes no sense to bet on their victory. It is also worth considering that Vancouver did not feel resistance in the last meeting with the Senators. So the Canucks are quite capable of winning the second leg, especially at home.