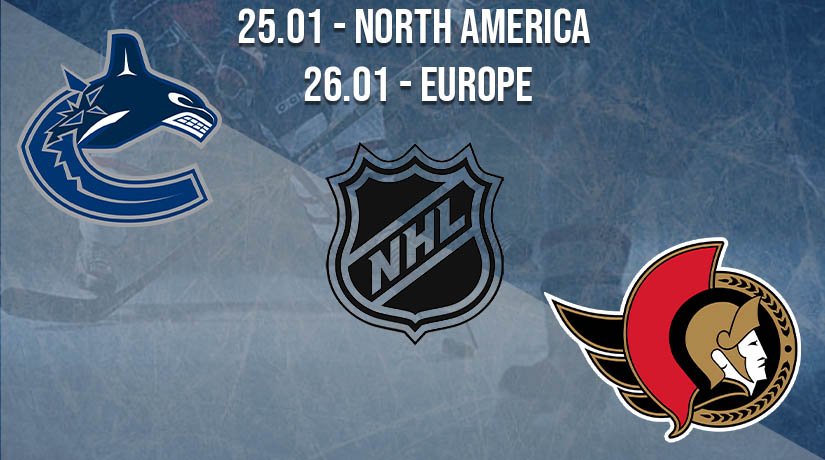 On the next game day of the NHL, Vancouver will face Ottawa. Who will prevail in equal opposition? Let’s find out.

Vancouver had a good start in the new season, beating Edmonton in the first match (5-3). But after that, the team suffered three defeats in a row, twice from Calgary (5-2 and 3-0), as well as in another meeting with the Oilers (5-2). The Canucks’ main problem is a weak defence, as evidenced by 13 goals conceded in three games. At home, the Canadians were able to break the series of defeats by beating Montreal (6-5 SO). Later, they failed to consolidate the success – the club again lost to the Canadiens (7-3 and 5-2).

Ottawa just started the new year with a confident victory over Toronto (5-3). It is worth noting the striker Tkachuk, who scored a goal and also gave two assists. However, the second time they failed to cope with the Maple Leafs, the Senators showed weak play in the offence, which led to a defeat with a score of 2-3. Now the Senators are on a losing streak of four matches. The team could not cope with Winnipeg three times. Only in the first meeting, Ottawa had a good chance to beat the Jets, but the Senators conceded a minute before the end, after which they lost in overtime (3-4).

Ottawa played terrible away last year, mostly scoring at home. But so far, the Senators have not been able to show a decent game even within their native walls. Vancouver also didn’t start the season well, but since the Canucks play on their own ice, they have a much better chance of winning.