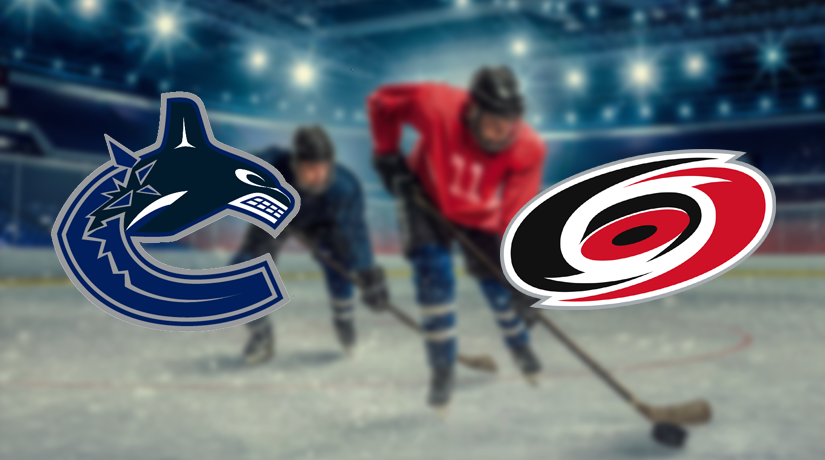 Vancouver will try to snatch a victory from Carolina at home in Vancouver, and we will find out in the prediction how likely this outcome is.

Vancouver is one of the most unstable teams in the entire league, but at the same time, unlike many, it is one step away from entering the playoff zone. Now the Canucks have 34 points and occupy the ninth position of the West, being the second most scoring team in the conference. In previous games on their ice, Travis Green’s men managed to defeat Ottawa (5: 2) and Buffalo (6: 5 OT), but in a meeting with Toronto, they were beaten with a score of 1: 4.

Carolina is in good shape and has won the last three matches. So, the team managed to cope with San Jose (3: 2 B) and Minnesota (6: 2), both at home. Then on the road, they dealt with Edmonton, again scoring six goals — 6: 3. So far, Andrei Svechnikov, who got 34 points, is winning the scoring race specifically in this roster. In general, Rod Brind’Amour’s team has 39 points and is on the fifth line of the Eastern Conference.

The last two matches between the teams went with a total of 5.5 more.

Carolina, in two meetings in a row, scored more than five goals.

Vancouver lost in the last match.

The last matches between Vancouver and Carolina were highly effective, and the fans in the arena were not bored, for sure! Carolina has now gained an excellent shape and scores a lot, so it should be able to cope with the defence of the Canucks quite easily and in the end, get a victory. It’s also worth betting on the total over 5.5, considering the facts mentioned above.

Make sure to bet on Vancouver Canucks vs Carolina Hurricanes with 22Bet!